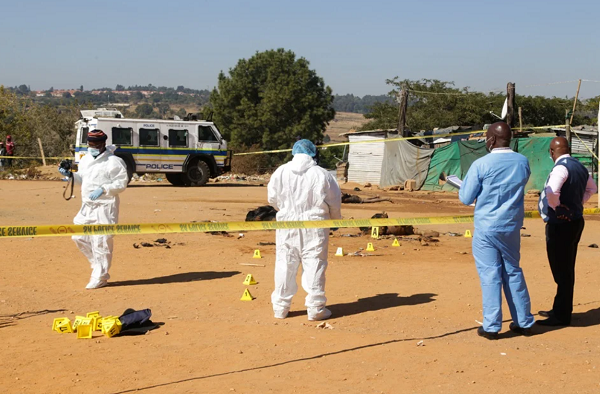 Wednesday mob attack in Zandspruit has claimed a life.

Revealing this on Thursday morning was the Gauteng Police Commissioner Elias Mawela who confirmed that a fifth person passed away in hospital following Wednesday’s mob attack.

Three people have been arrested in connection with the attack.

Police say that nine young men were taken to a local field on Wednesday morning where they were beaten up by a group of community members before being necklaced.

They were accused of being behind a spate of crimes in the informal settlement.

Mawela on Thursday said the three suspects in custody were part of the group that orchestrated the mob violence.

“Three people were arrested, and they are from the vigilante group, which claims to be representing the community.”

He also said the community of Zandspruit ha well-structured and coordinated community patrollers set up to deal with issues of crime in the area.

Meanwhile, The Ward councillor Victor Mafenya has appealed to residents not to take the law into their own hands.

“Please, I am begging you, let us take those we are suspecting to law enforcement officials.”

However, residents have vowed to continue dealing with criminals.

Wednesday’s attack on a group of young men has left members of this community shocked.

But residents say the men have been terrorising the community for some time.

Residents say last week, three people were attacked and robbed of their belongings and such acts could not be tolerated anymore.

There is a strong police presence in the area.