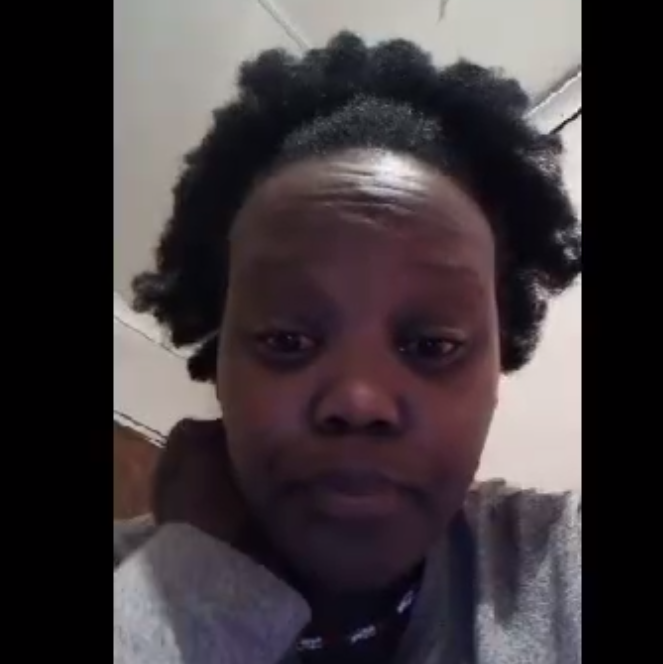 Prank gone wrong!! A young lady has gotten she wanted after a viral video of her claiming that she was hijacked surfaced on social media.

Simphiwe was found after she frantically posted on social media about her hijacking ordeal.  She took to Facebook on Wednesday night, alerting people about her been hijacking.

The young girl identified as Simphiwe Manzini allegedly played a costly prank on social media claiming that she was hijacked but many netizens have reported that she actually lied just to get the attention of her boyfriend. The tracking company involved in this shit wants to sue her.

She posted: “I just been hijacked. I’m in the boot of my car. They took my other phone thinking I have one. I’ll update you till I’m no more… (sic),” she posted, tagging her location as Mohlakeng, a township in Randfontein, West Rand.

The latest report gathered from an online user Chris Mbedu Reveals It All, See What Actually happened:

“Good Morning Mr Michael. There was a girl on Facebook yesterday who allegedly posted that she was kidnapped.

My name is Chris Mbedu I work at a small tracking company in Johannesburg, We received a call last night about a girl who was kidnapped, and the caller asked us for assistance. We were given her Contact details, Recent Location & Car Registration.

“Got out of bed at 23:30 PM. Went through her timeline & what I saw scared me. So since i was touched i decided to call a friend of mine who works with me at our Company & we met at the office.

We went to a gas station, filled our car tank more than R800 and we started driving at the Locations she shared on Facebook. We spent more than R300 on airtime trying to track this lady. Asked the Alberton police ‘or assistance & we were helped by two more nightguard officers who we paid room our own pocket R1500 each.

We went from The Glen, where it was her last updated location, to Jump streets Trampoline parks and Jackson Dam.

Facebook post. it was either she did this to trick & get her boyfriend’s attention without thinking the whole South Africans will see it without any unknown reasons. And now her family is simply protecting her.

She needs to explain how she managed to escape and still get to drive her car back home from a Car Boot where she was allegedly as the told
has.

Because from our Tracking records the car was at her home location(where it has been residing for more than 3Months) from the Moment she uploaded her last post.

If she fails to do so we are taking her to a Claims Court and ‘Sue her for wasting our Resources & time. ‘These are the type of situation that will prevent us from helping people in serious danger in the future.

The posts had gone viral on social media with calls for #FindSimphiwe reverberating on the platform. Media personalities such as sports broadcaster Robert Marawa also tweeted about the woman’s ordeal.

Early on Thursday morning, the woman posted a video in which she said she was safe.

In another post, the woman posted about her frightening experience.

“The car has stopped they fighting in on who is going to have sex with me… (sic),” she posted.

About seven minutes earlier, the woman had posted her car registration numbers: “XXXXXX-GP my number plate… if I die,” she said.

In a video posted on social media on Thursday morning, the woman said she was safe and just wanted to sleep after the ordeal.

“Thank you for your prayers and everything you did to try and find where I am, thank you very much,” she said.

She said she had a few scratches and also blasted the police, without sharing details.

“SAPS is nonsense. I could have lost my life today,” she said on social media.

Her ordeal has received thousands of comments, shares and tweets in the space of a few hours.

Gauteng police spokesperson Captain Mavela Masondo said details about the incidents were still sketchy as the victim was still busy opening a case at one of the police stations in Soweto. He said the victim arrived at the police station in her car and police would release further details later.