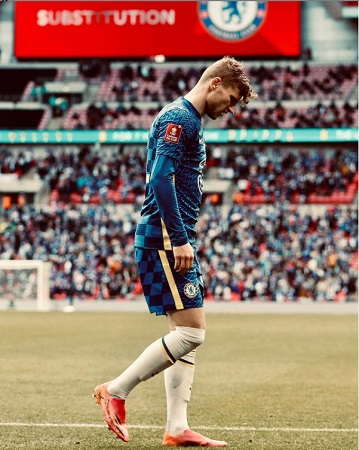 Chelsea striker, Timo Werner has given his reasons why he thinks that he is so unlucky this season.

Werner in a chat with reporters after their match with Leicester City and Offside, a clear penalty are the reasons why he thinks he is unlucky this season.

The striker joined Chelsea last summer in a £47.5m deal from RB Leipzig.

During the 2-1 win over Leicester City on Tuesday night, the German striker saw two goals chalked off and was denied a penalty.

Werner however won the spot-kick that Jorginho converted to make it 2-0 in the second half.

“The first half was the picture of the whole season for me.

“I think it’s the unluckiest season I have ever had and will have maybe. Offside, a clear penalty and then I want to make a header, I get a little push and I held it against my arm.