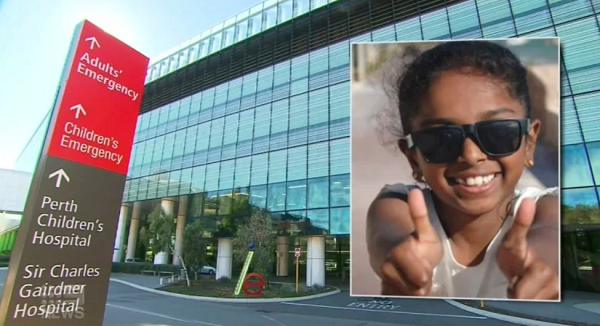 What Happened to Seven-year-old Aishwarya Aswath?

Seven-year-old Aishwarya Aswath died while waiting to be seen at the Perth Children’s hospital emergency department.

The young girl Aishwarya Aswath died after she succumbed to a bacterial infection on April 3.

Australian Health Minister Roger Cook has provided a summary of the report’s findings and recommendations to Parliament on Wednesday and said it was clear Aishwarya and her parents did not receive the right level of care from the Perth Children’s Hospital emergency department on the night of her death.

The explosive report has laid bare the failings of emergency staff at Perth Children’s Hospital the night Aishwarya Aswath died including how a temperature of 38.8 degrees and her little body becoming “floppy” were overlooked.

Among the string of mistakes made while the seven-year-old lay dying in the emergency department was staff’s “failure to identify an abnormal temperature”.

Despite the high reading, it “did not prompt consideration of sepsis”.

Aishwarya’s eyes were “discoloured”, and her blood pressure reading of 114/103 indicated she was hypertensive.

“The report finds that it appears Aishwarya succumbed to an infection related to group A streptococcus, which is associated with very poor health outcomes and high mortality,” he said.

“The report makes it clear that Aishwarya and her parents should have received better care; they did not get the help they asked for.”

Mr Cook apologised “unreservedly” for the failures and promised he would do everything in his power to ensure it would not happen again.

“On behalf of the McGowan government, Child and Adolescent Health Services and all the health community, I say to Aishwarya’s family, I’m sorry,” he said.

The report, known as a root cause analysis, was triggered after Aishwarya’s death and made 11 recommendations to be implemented at PCH within six months, including a review of cultural awareness by staff, and an independent external review of the emergency department.

Mr Cook said he had contacted the director-general of WA Health on Wednesday to arrange the independent inquiry into PCH.

“This independent inquiry will include any matters of specific concern identified by Aishwarya’s family,” he said.

Aishwarya’s death caused shockwaves in WA when it was revealed her parents waited two hours before she was seen by doctors, despite pleas to staff that her eyes were going cloudy and her hands were cold.

Mr Cook said he had spoken to Aishwarya’s parents on Tuesday morning and they were taking time to read the findings of the report.

Despite the failings identified in the report, Mr Cook backed PCH as a “leading hospital”.

“It is vital that we learn what happened at Perth Children’s Hospital and continue to improve the care provided to the children and young people of Western Australia,” he said.

“I know this tragic event has been deeply felt by staff across Perth Children’s Hospital, and we must continue to support them and the work that they do.”

Report From Her Dad Mr Aishwarya: 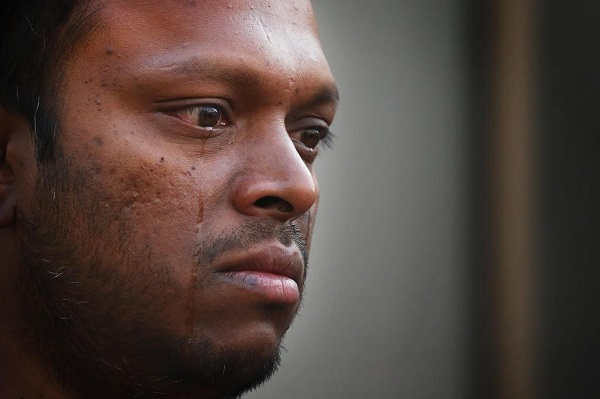 Mr Aishwarya’s dad Aswath Chavittupara asked “how much longer it would be” about 15 minutes after they’d arrived at the world-class ED.

At that time, his daughter was “grunting in pain”, “quiet”, “clingy”, and “floppy” and told staff his daughter “was getting worse”.

After being ignored, Aishwarya’s mother Prasitha Sasidharan approached clinical staff as well, and was told “there weren’t many patients waiting so the parents would have been seen next”.

The shocking report states another hour and 17 minutes went by before Aishwarya was finally seen by a doctor — shortly after 7pm.

After viewing CCTV from the ED on the night of April 3, the panel behind the report said Prasitha was “noted to be pacing”, with a nurse also making the note at 5.52pm which stated: “mother anxious”.

“The panel noted five separate parental escalations to the ED clerk and clinical staff,” the report stated. “They were never aggressive.”

In spite of these observations, the report stated that the paediatric treatment guide scored the parents’ concerns at “zero”.

It says that by 7.06pm, Aishwarya couldn’t raise her arms, which “looked stiff”.

It also revealed her parents were “distressed”, with CCTV showing one of them walking up to a senior doctor to once more beg for help.

Three minutes later Aishwarya was noted by a doctor to have “cold peripheries and slurred speech” when frantic attempts to save her life finally began.

Less than two hours later she was declared dead.

The parents of Aishwarya told The West Australian they had been left devastated this morning after finding out the confidential report had been leaked, saying “they wouldn’t, they can’t do that without our permission”.

They said it left them with only one option — to release the full confidential report themselves before they were ready.

The findings of the internal report — a root cause analysis carried out by a 10-person panel of medical experts — was sent to Aishwarya’s parents last Wednesday.