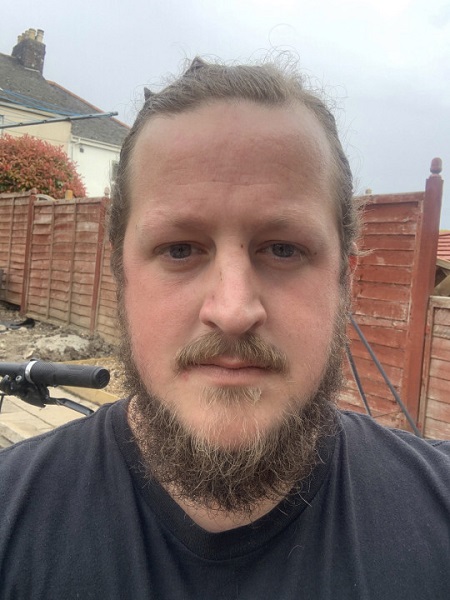 Local shoppers were left shocked after a heroic driver swerved inside his burning car and drove it to a safer place before it exploded in a supermarket car park.

The young man identified as Chris Macey, 31, was filmed driving his car to safety moments before his faulty car burst into flames. Footage shows the scene after the entire vehicle caught alight on Saturday while it was parked in the car park of Tesco Transit Way in Plymouth, Devon, The quick-thinking driver sprang into action when he spotted black smoke coming from the dashboard. 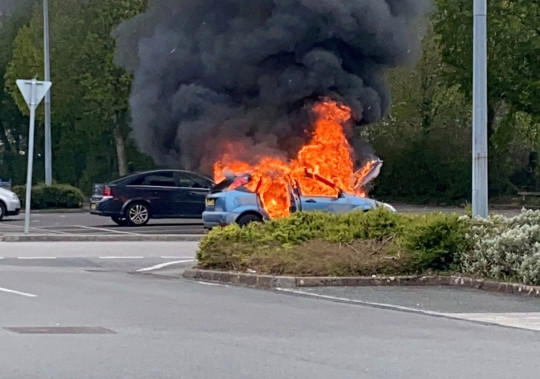 Chris jumped back into his smoking vehicle to drive it to an empty corner of the car park after realizing that the vehicle (Ford Focus) was at risk of bursting into flames in front of the store.

Relating the incident, Chris said ‘I was right by the Tesco entrance and there were lots of other cars around me — I just instinctively knew I had to get it out the way.’ 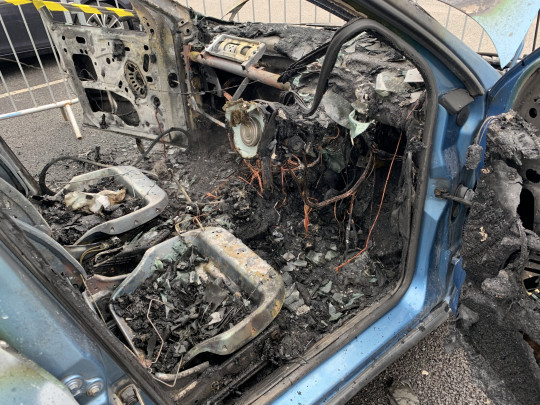 Just seconds after he jumped back out of his car, the entire vehicle burst into flames — and Chris stood nearby to immediately phone the fire brigade as other shoppers began to gather around in confusion.

Arriving in minutes, the firefighters extinguished the fire — which Chris said they suspected was caused by an electrical fault — but it left behind little more than a metal shell.

‘I’ve got some relatively minor burns to the face and one of my eyebrows was burnt off, but otherwise, I got away relatively unscathed.

‘But I’m still in shock from it all, and it makes me shaky to think about.

‘I’ve been given a replacement car but I haven’t driven much since Saturday because the experience was so traumatic. ‘Looking back, I just feel lucky that I could move the car out the way, and that the fire brigade came quickly so nobody else was in danger.’ – Chris said

The video was filmed by Katrin Ruth Cummins, 29, who said she was passing through the car park with her family at around 4 pm when they spotted plumes of black smoke coming from the far end of the car park.

The mum-of-one, who lives near Crownhill, said they decided to get a closer look, which was when they saw a Ford Focus completely engulfed in flames, with a fire engine coming to the scene shortly after.

She said: ‘At first we thought one of the shops was on fire but we quickly realised it was a car and it was completely alight. ‘Everyone in the car park was trying to see what was going on. ‘It’s not something you see every day.’ 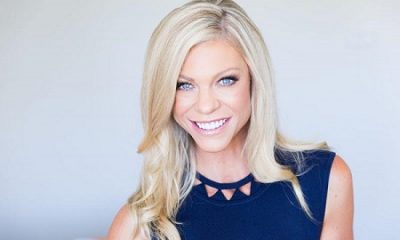