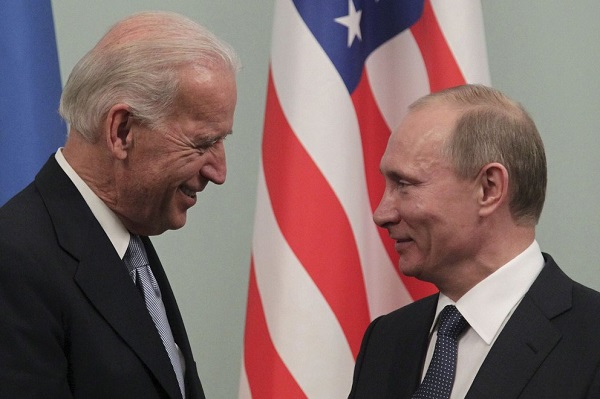 United States president has revealed that he will be travelling to Europe by next month June to participate in summits with the G7 and NATO in the United Kingdom and Brussels. The encounter could happen during that time window.

Joe Biden said on Tuesday that he “hopes” to hold a summit with his Russian counterpart, Vladimir Putin, during a trip to Europe in June.

“That is my hope and expectation,” said the president when asked about it. “We are working on that,” he added, without giving further details.

In April, Biden proposed to his counterpart to hold a meeting in a third country to discuss the growing tensions in Ukraine, the situation of Russian opposition leader Alexei Navalny – currently detained -, and other sticking points.

It was on the 13th, in the course of a telephone conversation, when Biden proposed to Putin to hold “a summit in a third country” at some point in the “next few months”, to “discuss all the issues facing the United States. and Russia, ” the White House reported on Tuesday.

The proposal coincided with a large deployment of Russian troops along the border with Ukraine, a decision by which the US president asked Putin to “lower tensions” with the neighbouring country.

Although a summit has not been confirmed, a Putin adviser, Yury Ushakov, has said his planning is underway.

Biden is scheduled to attend a G7 summit in the UK in mid-June, followed by the NATO and European Union summits in Brussels, opening the door to the logistics of a separate meeting with Putin.

Both Austria and Finland have expressed interest in hosting the summit.

Beyond the possible preparations for the bilateral meeting, tensions between the two nations have grown since Biden took control of the Executive Branch. The latest related episode took place in April when Washington expelled 10 Russian diplomats in response to what they say was a large-scale cyberattack by Russia against US computer systems and interference in the 2020 presidential election.

Moscow responded with expulsions of its own. However, the Biden administration has emphasized that it wants to bring stability to the relationship and that Washington and Moscow must cooperate in key areas, such as nuclear weapons and the climate crisis.

Along the same lines, Biden said Wednesday during his first speech to Congress that he will not seek conflict with either Russia or China, although he promised to stand up to the two powers.

All nations must follow “the same rules,” Biden told a joint session of Congress marked by coronavirus restrictions.

After imposing a series of sanctions on Moscow, Biden clarified: “I have made it very clear to Putin that we do not seek escalation but that his actions have consequences. ”

With information from AFP and EFE