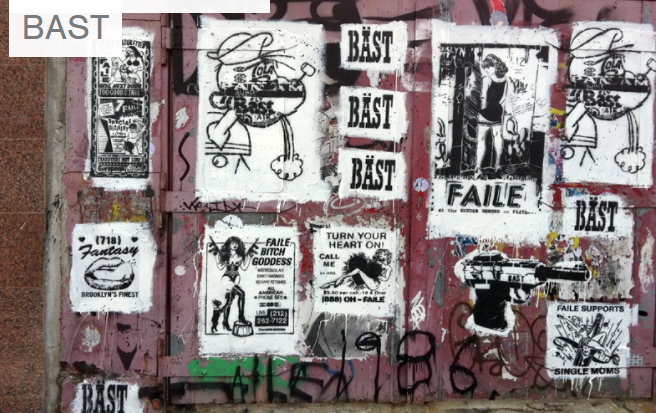 Brooklyn based creative artist Bast has passed away.

The news of his passing was made known through an official Twitter post shared on Tuesday by a professional artist Ashira Siegel Fox.

Speaking on Bast death Ashira said she is very sad to learn the immensely talented street artist Bast has passed away; he was one of my favourites when I was involved in the scene- here are some pix of his work.

Very sad to learn the immensely talented street artist Bast has passed away; he was one of my favorites when I was involved in the scene- here are some pix of his work: https://t.co/bbj45qAgKc pic.twitter.com/lDzwfXn3GQ

Artist BAST was a Brooklyn based, New York urban artist and is one of the few international street artists to retain a level of anonymity.

Using collage to create “mutated characters” and “mutated scenes,” Bast has been embellishing urban environments in New York and Europe with his wheat-pasted posters for nearly two decades.