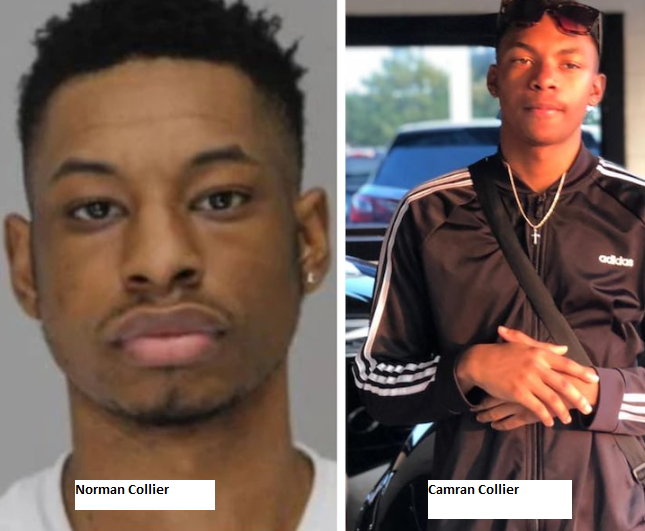 An angry young man, Norman Christopher Collier IV, 22, was reported to have shot dead an alleged innocent man in what looked like a revenge killing after he believed false social media rumours that the innocent man had a hand in his younger brother’s killing.

The late Boxer, Camran Kashawn Collier, who was 19-years-old was shot and killed and his dead body discovered on April 22 in the driver’s seat of a 2013 Honda Accord parked on Westlake Drive. The Marine and Junior Olympics competitor had been shot dead.

Following the details gathered from the Texas police revealed that during the memorial at Eagle Drive, Norman walked up to another participant, 20-year-old Kolby Marquise Graham, and shot him in the head. He initially survived the shooting but died several days later at a hospital.

Despite several witnesses, nobody came forward with any information to the police.

Nevertheless, days later police had their suspect. They determined Graham had been “mistakenly identified as Camran’s killer on several social media postings.”

In a release, they said the older brother “mistakenly believed the internet rumors about the identity of his brother’s killer. Norman Collier then took revenge against the wrong man at his brother’s balloon release ceremony.”

Norman is now in Dallas County Jail on a $1million bond, charged with capital murder, according to DeSoto PD.

The real suspect in his brother’s murder is still on the loose, police say. He is described as a Black man with short dreadlocks, last seen wearing a gray hoodie and jeans.

Desoto, Texas Police Department wrote on Twitter: “In response to the senseless killing of a person wrongly identified as a murder suspect, @DeSotoPD is URGING citizens to use caution & common sense when posting information to social media. Please check the veracity & source of any info related to police matters. It can save a life!”