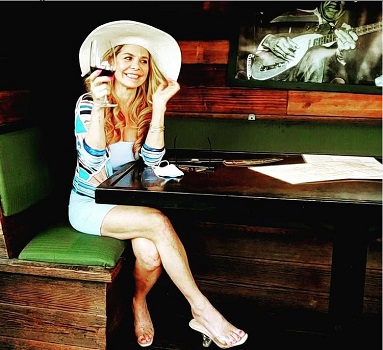 Information circulating on social media has it that talented creator, designer and actress, Stacey Linde Disney has passed away. She is a Creator and designer for Teeny Wingkini.

She was reported to have died a few days ago. Her cause of death or what led to her sad demise was not disclosed to the public.

Her mom took to her official Facebook page to announce the news. Through her Facebook page, she wrote – My daughter Stacey Linde Disney gained her angel’s wings this beautiful derby day. We are with her father Danny Linde in Vegas making arrangements. Memorial to be later.

Who Is Stacey Linde Disney? Few Things You Need To Know bout Her

Stacey Linde is an actress, costume, fashion and swimsuit designer. She has had a background in stage acting, television, film and hosting.

Stacey created the first swimsuit with wings, Teeny Wingkini and Wingkini by FairyTails. she has designed costumes for Coco from Ice Loves Coco and various Las Vegas events and productions.

She has co-hosted with Ryan Seacrest on Fox Sports net and has had co-starring roles on CSI and Las Vegas. Stacey also performed on stage in Las Vegas in a musical comedy called Tease at the Aladdin which is now Planet Hollywood along with the off-broadway monologue show called “Pieces” at The Joint at the Hardrock.