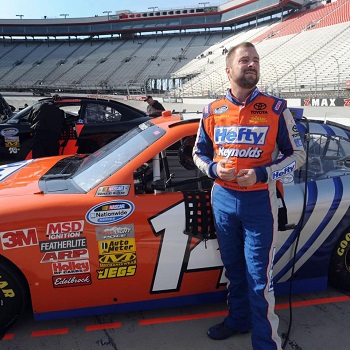 It has been confirmed on social media that American former professional stock car racing driver and team owner, Eric McClure has passed away. He was reported to have died today May 2 2021. The cause of his death or what led to his sudden demise is not yet known as at the time of filing this report.

Described as one of the hard-working underdog racers in NASCAR who has Over 288 starts in the NASCAR Xfinity Series.

He only scored one top-10 finish, but he grew a passionate fan base by always giving it his all for lower-tier teams.