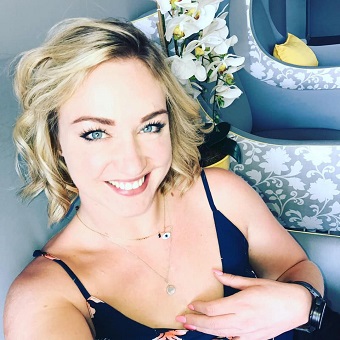 Johannesburg woman Kim McCusker has sadly passed away. she was reported to have died today April 25 2021. Circumstances surrounding her death has not been made known to the public.

Ten years ago, Kim McCusker was involved in a Taxi tow accident which nearly took her life. During the incident, Kim was ran over by a taxi and dragged underneath the vehicle. Miraculously she survived.

After the incident, McCusker sustained serious injuries and had undergone series of surgeries and skin grafts for years.

The news of her death was confirmed by her sister, Julia Frantzeskou in an official statement released on social media.

It is with great sadness that our family shares the news of Kim Mc Cusker’s passing on Thursday 22 April 2021. We are heartbroken and in disbelief, as it is hard to imagine a world without our precious Kimmy who amongst so many other things, was a loving daughter to Doug and Pat, a devoted partner to Anthony and an incredible sister to Gareth, Ian and me.

I know that she touched so many hearts and that the significance of this loss will be felt by all, including her family, friends, staff members and clients. We ask for space to grieve in this trying time and will be sure to share the details of the funeral once these have been arranged.