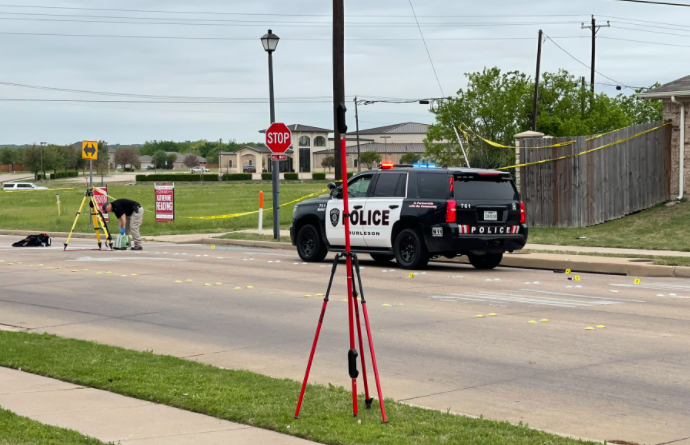 A young man is still at large after he sho a Burleson Police officer multiple times, Police say the incident happened during a traffic stop and check routine on Wednesday morning.

Reports say the Burleson Police Officer was shot multiple times during a traffic stop in the 1100 block of Hillside Drive.

Who Is Elder Don Jerry

Sources say the suspect, Elders is a 39-year-old male, his last known vehicle is a stolen silver Toyota Tacoma, DKB6819. Elders is considered to be armed and dangerous.

The officer involved was transported to John Peter Smith hospital in Fort Worth, his condition is unknown at this time.

The officer approached the vehicle on the passenger side when one of the three occupants in the vehicle fired shots and struck the officer.

The suspect’s fled the scene in the car from the Hillside location, it’s believed the suspects abandoned the vehicle in the 700 block of John Jones Drive.

Suspects then fled the John Jones location and it’s believed one of the suspects went to a home in the 8000 block of County Road 802 and carjacked a resident.

Around 8:44 am a woman arrived at Joshua Police Department with gunshot wounds. She was transported to Huguley South and was pronounced deceased.

Police say the suspects in the officer shooting have not been apprehended and police are searching the area.

A Blue Alert was issued for Elders, he is wanted on a charge of aggravated assault with a deadly weapon against a police officer, which is a first-degree felony and possession of a controlled substance, which is also a felony offense.