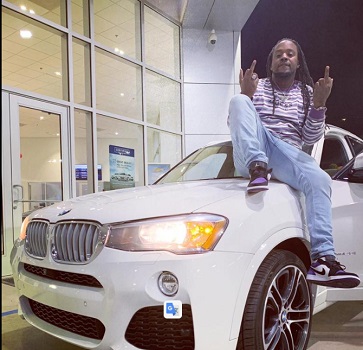 It has been confirmed online that Upcoming artist, Cam Coldheart has passed away at the age of 31. The news of his death flooded social media today April 24 2021.

Though sources claimed he died from an overdose but circumstances surrounding his death has not been made known to the public.

Cam Coldheart went viral last year for his altercation with DaBaby in a Louis store.

The video of the altercation surfaced on the internet for weeks before the hype around the video died down. Cam ColdHeart took to his Instagram Sunday, May 17th to announce that he wanted a rematch with DaBaby

It’s being reported that #CamColdheart allegedly passed away. He went viral last year for his altercation with #DaBaby in a Louis Vuitton store. #RIP pic.twitter.com/W5ydMINmUe

Born on March 10, 1988, Cam began releasing his single in 2018. His notable tracks include “Time Is Money”, “Immaculate” and Racks in the Wind”. In 2019, he released his first studio project “Coldhearted 2”, an album which was streamed countless time on streaming websites.