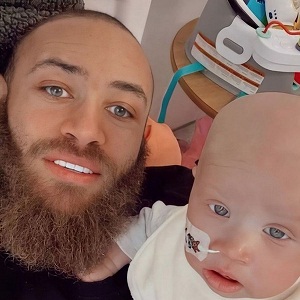 Footballer, Ashley Cain who made appearances on reality shows has lost his daughter who has been battling with Leukemia for a long time.

From day one, Ashley has been documenting his baby daughter’s battle with a rare form of leukaemia and also was posting updates about her health status on social media.

Azaylia’s story has touched the nation over recent months, and recently famous landmarks across the globe have lit up to recognise the eight-month-old and her battle against the disease.

Together with his girlfriend Safiyya Vorajee, they have shared their heartbreaking journey with the world, and have had incredible support for their GoFundMe Page.

Here is everything you need to know about who Ashley Cain is, and we explain more about his daughter’s brave battle.