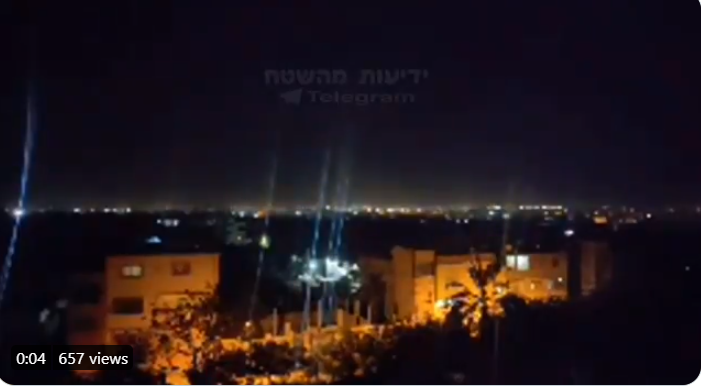 Sirens sounded in Israel moments ago, warning of possible incoming rockets from Gaza.

More revealing details have reported that the explosion took place near Israel‘s nuclear site was felt throughout Israel/Palestine.

Reports gathered also said, there was a powerful explosion that occurred yesterday in central Israel, during a test at an advanced weapons factory that houses various types of missiles.

Defense officials are investigating the incident. No injuries reported.

The explosion near Israel's nuclear site was felt throughout Israel/Palestine.

A large explosion was heard in southern Israel following the Red Alert near Dimona. As far as I know, no rockets fired from Gaza.

According to Emmanuel Mannie, a British-Israeli communication reporter said, Iran. Natanz reply. They said a couple of days ago that they would do it. It looks like they failed.

Just few days ago Gaza rocket stroke a field in south as Independence Day comes to a close but there was no reports of injuries or damage as projectile hits empty area, amid general lull in violence from Strip; IDF strikes Hamas targets in response.

Palestinian terrorists in the Gaza Strip fired a rocket at southern Israel on Thursday night, striking an open field, as the country’s Independence Day festivities came to end, according to Israeli authorities.

The projectile struck a field northeast of the Palestinian enclave, causing neither injury nor damage.