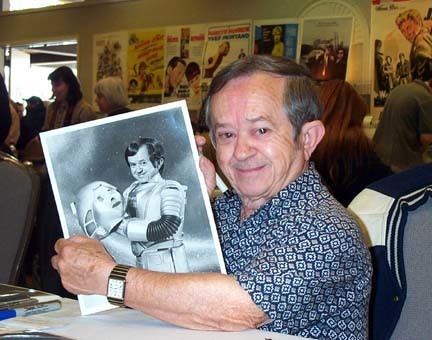 The retired Italian-born American film and television actor and stuntman, Felix Silla sadly passed away. He was reported to have died today April 16 2021.

Felix Anthony Silla was popularly known for his recurring role as the costumed character of “Cousin Itt” on television’s The Addams Family, with the voice usually provided by Anthony Magro (1923–2004). Silla also appeared in many other classic character roles.

According to Actor Gil Gerard, Felix Silla has passed away. While Mr. Silla was most famous for playing the robot #Twiki in the Buck Rogers TV show, he also appeared as an Ewok in 1983’s #ReturnoftheJedi 😢 pic.twitter.com/Tvx9cUdYZS

It is with a heavy heart that I tell you all that my dear friend of over forty years, Felix Silla, is dying of pancreatic cancer. I spoke briefly with him and his family last night and they tell me that he’s going into hospice care today. Prayers .

Born in the small village of Roccacasale, Italy. Felix was trained as a circus performer before he came to the United States in 1955 and toured with the Ringling Bros. and Barnum & Bailey Circus.

Best-known roles are Litvak, the maniacal, miniature Hitler who menaces George Segal in The Black Bird (his favourite role), and Cousin Itt on the TV show The Addams Family.

Felix was also responsible for the physical performance of the robot Twiki in the TV series Buck Rogers in the 25th Century, a role for which the voice was supplied by Mel Blanc or Bob Elyea. In part due to his short stature of 1.19 m (3 ft 11 in), he has often doubled for children in such movies as The Towering Inferno, The Hindenburg, and Battlestar Galactica.

Between movies, he frequently appears in Las Vegas and Reno night clubs with his own musical combo, The Original Harmonica Band.