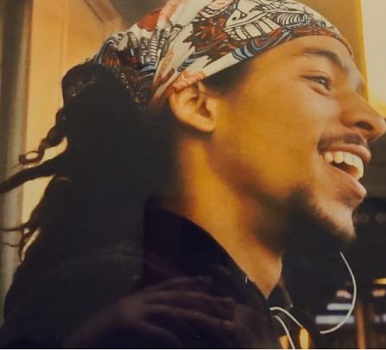 The World chase fans were thrown into a mourning state following the death of David Wolf Garcia who tragically lost his life on April 10 2021. He passed away at the age of 24.

His fame and popularity will be attributed to his constant sharing of his viral jump videos on social media. His videos attracted millions of views on Facebook. Deyvid Wolf Garcia earned a massive following on Instagram for his epic parkour videos and photos.

Deyvid Wolf Garcia was the youngest member of the 5 Borough.

He risked his life just to put smiles in the faces of his fans, Deyvid will forever be missed.

Wolf was a monumental figure in the New York Parkour Community, an amazing athlete who competed in skill and speed. Deyvid from the Bronx, New York in 2019 competed in NAPC 7 Men’s Skill Parkour entrepreneur challenge.

According to a post on his GofundME page, David Wolf Garcia’s cause of death was attributed to a fatal fall. The nature of the tragic incident was not explained.

The GoFundme post describes David Wolf as a parkour athlete, coach, artist, humanitarian, and above all he was a great friend and inspiration to many.

Read Excerpts Below:- On April 10th, 2021 at 8:31 pm, Deyvid Garcia tragically passed away from a fatal fall. He was a parkour athlete, coach, artist, humanitarian, and above all he was a great friend and inspiration to many. All he wanted was to live in a world of peace and love and to be someone great. His memory will live forever in the lives of people he connected to and empowered. Any donations would be greatly appreciated for your contributions to his funeral, long life for the boy who sought freedom.

The World Chase Tag Fans has also reacted to the death of Deyvid, describing him as a great athlete.

This is a great loss for the entire parkour community, as well as for the large World Chase Tag family. He will always be in our hearts and i am sure he will be watching the new championships; WCT Fans wrote in a tribute via their social page.

Deyvid Garcia from team 5Borough has passed away at the age of 24. My deepest condolences to his family and friends.#worldchasetag #WCTUSA pic.twitter.com/HirRLop6kO

Reacting to his death, Jacob Cormier said the focus and determination, Dayvid had allowed him to accomplish challenges that others simply couldn’t imagine were possible to attempt.

“If you met Deyvid Wolf Garcia then you’ll know he was on a higher mental plane as an athlete. His focus and determination allowed him to accomplish challenges that others simply couldn’t imagine were possible to attempt”.

“If Deyvid set his mind to a task he was going to accomplish it. And he was going to do it with a smile on his face with all his friends around him. I know he struggled with his own inner darkness but he was a beautiful soul because of it. He fought so bravely to be stronger”.

“When I grow up I wanna be like Deyvid brave and determined and unwavering in my ambition to change the world around me. Love you brother, thank you for your energy”