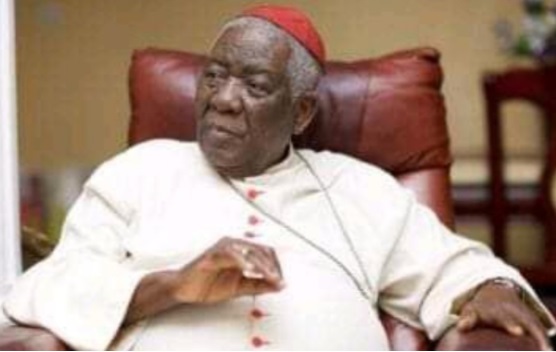 Cardinal-Priest and the Archbishop Emeritus of Douala in the Catholic Church, Christian Tumi has passed away at the age of 90.

Cardinal Tumi died yesterday in Douala. Tumi born on 15 October 1930 in Kikaikelaki (Kumbo) was the first and only Cameroonian cardinal.

He was succeeded as archbishop of Douala by Samuel Kleda, who had been Coadjutor Archbishop. He made headlines in November 2020 after he was kidnapped and later released on 6 November 2020.

Born in Kikaikelaki a small village in the Nso klan, situated in the Northwest Region, of Cameroon, Tumi studied at local seminaries in Cameroon and Nigeria. He trained as a teacher in Nigeria and London, then went on to earn a licentiate in theology in Lyon and a doctorate in philosophy at the University of Fribourg, Switzerland.

The ex-archbishop of Douala was an unequivocal political opposition, epitome of hope to the hopeless, undeterred voice to the voiceless, oppressed & a peace crusader. RIP Pater pic.twitter.com/RuwUlukC6N

Cardinal Tumi died yesterday in Douala.Tumi born on 15 October 1930 in Kikaikelaki (Kumbo) was the first and only Cameroonian cardinal. A staunch advocate for a just society, a defender of the rights of the oppressed, suppressed and marginalized. RIP the Peoples’Cardinal. pic.twitter.com/9ocgTHBUDy