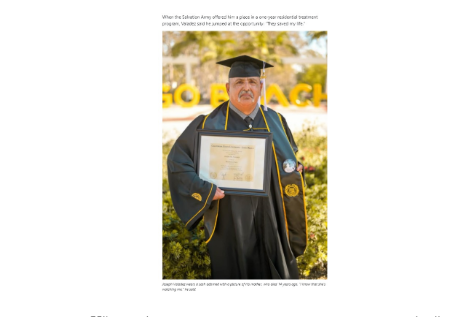 A 62-year-old man in California has graduated from college after spending 30-years of his life inside the prison.

Joseph Valadez, who lives in California, graduated from the Department of Sociology at California State University Long Beach at the age of 62. 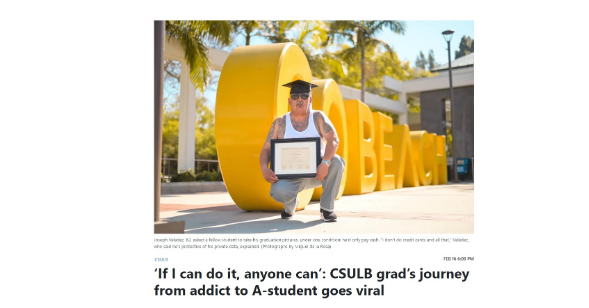 It’s surprising that he graduated at this age, but Joseph was commended as one of the best performers, the “President’s Honor List.”

According to reports gathered, The university has a system in which those who take 12 credits or more in each semester and have a GPA (maximum 4.0) of 3.75 or more, which represents their grades, are awarded.

At American universities, preparations and reviews are indispensable in order to maintain a high GPA of 3.5 or higher, and in class, positive questions and remarks, as well as strict adherence to the deadline for submissions, as well as high quality are required. Joseph continued to work hard on these things and achieved excellent results.

Some people may think that they had a serious personality from the beginning, but that is not the case.

At the age of 11, Joseph became obsessed with drugs and became connected to gang members. He said that he had been imprisoned for about 38 years if he fell into drug addiction.

“All the crimes I committed were related to buying and selling drugs,” said Joseph, who has been imprisoned 40 times.

When he was 54 back in 2013, Joe made a decision to get out of the negative spiral. However, it was not easy for him to break the long-standing habit alone.

“I contacted an acquaintance and asked for help, but no one needed me and no one helped me.”

He said at a point he was losing hope before he was approached by the Salvation Army Anaheim Adult Rehabilitation Center’s, an addiction treatment center in Anaheim, Tong, to talk about a rehabilitation program. After completing the one-year program, Joseph enrolled at Orange Coast College in Costa Mesa, California, and then transferred to California State University Long Beach, where he graduated with good results.

In an interview with ABC7 News, Joseph said in a sob.

“It’s been 14 years since my mother died. She never gave up hope for me and kept saying,’You’re a smart boy, you can do anything.’ Excellent. I wanted to show my mother how she was able to graduate from college with good grades. ”

Joseph’s mother, Anita Valadez, continued to watch over Joseph, who was drowning in drugs and violence and repeating prison and homeless life.

“People like me tend to get the wrong image. I wanted to change that image.”

Mr. Joseph, who reveals that, is currently applying to advance to the doctoral course at the university, saying, “Because I could change like this, anyone can change. Who am I? I want to be motivated and hopeful, and I want to help. That is my role in the future, “he said positively.