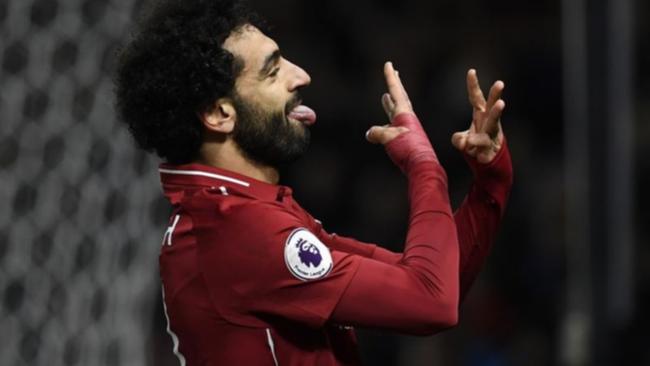 Liverpool star player, Mohamed Salah has revealed his readiness in netting more goals for his club side.

Sallah while reacting to Liverpool’s 2-0 win over RB Leipzig in the Champions League last-16 second-leg tie on Wednesday said he would like more goals even in Premier League.

Liverpool secured their way into the Champions League quarter-finals for the last -8 on 4-0 aggregate following the two goals from Salah and Sadio Mane.

Salah in his post-match press conference said even though the team is not in the best shape, the result is a big win for them.

“It’s a big result for us. We came here for the last couple of games we lost,”

“The team is not in the best shape, but we want to fight in the CL and each game in the PL, and we will see what happens.

“It’s really positive, to be fair. It’s a tough team, they make us run a lot, but we try to play our way. We won the game, that is the most important thing, and hopefully, we can keep that going in the PL now as well.

“I have scored good numbers this season, I would like to score more, but it is part of the game you miss chances, as long as the team keeps winning, that’s the most important thing.”