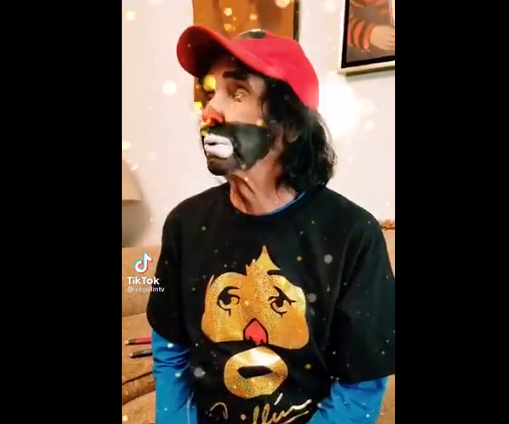 Popular Mexican clown whose real name is Ricardo González “Cepillín” has died at the age of 75 Ricardo González Gutiérrez popularly known as Payaso Cepillin died on March 8 after spinal cancer and heart failure were detected.

“I would like to give you a good prognosis, but they have just told me that my father has just passed away. (…) He was a very strong person; a warrior ”, announced his son, Ricardo González Junior for the Gustavo Adolfo program.

Nooo I’m so sad he’s gone now he was a big influence in my childhood 🙁 que en Paz descanse Cepillín ♥️ not long ago did I see this tiktok of his que cosas #RIP pic.twitter.com/BxQ3KYyB7A

Despite his critical health, González Jr. assured that Cepillín wanted to continue fighting to recover: “For all of them, he wanted to get ahead; he threw all the desire. ” , he recounted. So far, the artist’s family has not provided details regarding his burial.

The “TV clown” had undergone an operation lasting more than seven hours on February 27 due to severe back pain, however, after his intervention, he presented pneumonia and heart failure, forcing him to re-enter the corporate emergency department. Satellite Hospital on Sunday afternoon.

“This occurs after such a strong operation that he had and it is what we were always afraid of because of his history of heart attacks and others. Hopefully and he can get ahead, they are doing everything possible to improve his heart rate and manage to contain this pneumonia, ”González Jr. told El Universal on that occasion.

Hours after his re-entry, the clown also informed the national press that tissue with cancer had been detected during his father’s operation, however, he could not undergo chemotherapy or radiotherapy treatment until he came out of the clinical picture.

“When the hospital does the operation, it sees tissue with cancer; that is, he has lymphoma. So that lowered my dad’s immune system and for that reason they had to put him in intensive care, ” Cepi told the media.