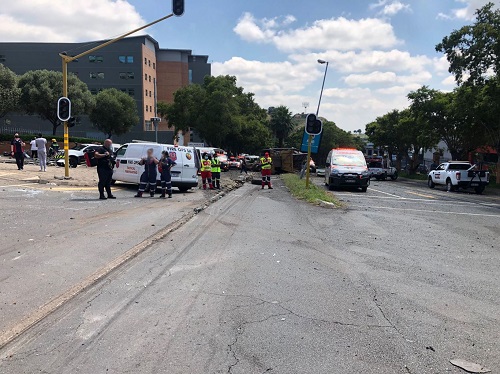 A truck and trailer fully loaded have crashed with a bakkie along with another three vehicles on William Nicol Drive, Roodepoort.

The incident which happened in the morning saw multiple people sustaining serious injuries.

Paramedics and other private medical services arrive at the scene around 10 am in the morning to see the truck and trailer on its side over the centre median and a bakkie on its roof. 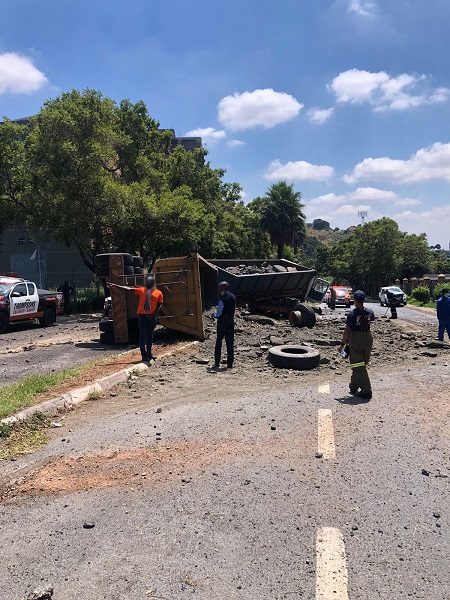 The 40-year-old driver of the bakkie was seen trapped before he was rescued by the medics.

According to the reports gathered, the second patient, who happens to be an adult male from one of the other vehicles was found to have suffered minor injuries and was treated and transported by ER24 to a private hospital in the area. A third patient declined transportation to the hospital.

The South African Police Services were on-scene for further investigations