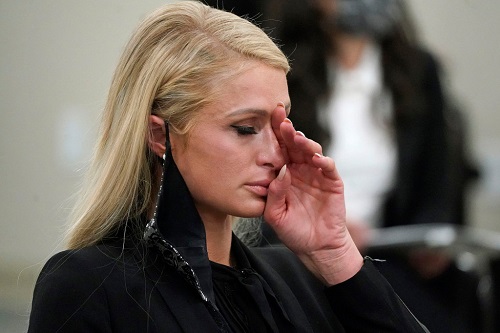 American media personality caught the attention of many when she went emotional as she testifies to a panel of Utah politicians about how she was abused at a boarding school in Provo Canyon.

The 39-year-old model and businesswoman while speaking to a state Senate committee hearing at the Utah Capitol on Monday. said “My name is Paris Hilton. I’m an institutional-abuse survivor,”

“I was verbally, mentally, and physically abused on a daily basis,” Hilton said of her time when she was “no longer Paris” but just a number.

“I was cut off from the outside world and stripped of all of my human rights,” she said, accusing the staff of being “evil and sadistic.”

“I cried myself to sleep every single night praying I would wake up from this nightmare,” she told the hearing.

While speaking in a documentary titled “This is Paris” Hilton said her experience in the boarding over the last 11 months caused her an ongoing trauma.

“For the past 20 years, I have had a recurring nightmare where I’m kidnapped in the middle of the night by two strangers, strip-searched, and locked in a facility,” she testified.

“I wish I could tell you that this haunting nightmare was just a dream, ​but it is not​,” she said, saying she feared they will “never go away.”

She said she was “forced to consume medication that made me feel numb and exhausted” and “didn’t breathe fresh air or see the sunlight for 11 months.”

“There was zero privacy — every time I would use the bathroom or take a shower it was monitored,” she testified.

“At 16 years old — as a child — I felt their piercing eyes staring at my naked body. I was just a kid and felt violated ​every single day,” she said, calling it “unconstitutional, degrading and terrifying.” 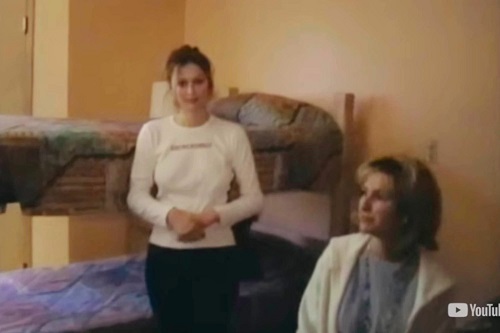 She claimed that a longtime staffer who was employed until her documentary aired would brag to recent students that “she was the one that broke Paris Hilton.”

Hilton told the hearing that “talking about something so personal ​was​ and ​is still terrifying” but she wanted to bring about change to prevent others from being mistreated the same way.

Hilton’s testimony was to back a bill to require more government oversight of youth residential treatment centres and require them to document when they use restraints.