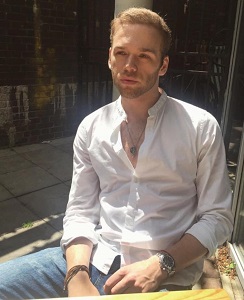 Holly April recalled the memories she shared Fletcher revealing that she met him in Leicester Square when she was 17.

I can’t believe I’m writing this…I genuinely can’t…I am absolutely devastated to hear that Fletcher Harrington has passed. I met him back when I was 17 and crashing a loft party in Leicester Square. We became friends after that and literally spent all of our time together. I’ll never forget the stage he went through this stage of being OBSESSED with club sandwiches!

We would go to all the cafes in London searching for the perfect one. He would always make me smile and laugh. We both shared a very terrible sense of humour! He supported me after a very traumatic episode in my life, and I will forever be grateful to him for that.

Few Things You Need To Know About Fletcher Harrington

Born and raised in Old Street, East London in a council block by parents of mixed heritage, Fletcher started his career as a model when he was 15. He was discovered by the pioneer of the New romantic era Philip Salon.

He has modelled for global brands such as Vogue, Adidas, Asos, Wonderland and Puma to name a few. Fletcher’s first Introduction to the film industry came when a chance meeting occurred with Hollywood casting director Sarah Katzman at a Los Angeles Pub where he was convinced to take his first acting lessons.