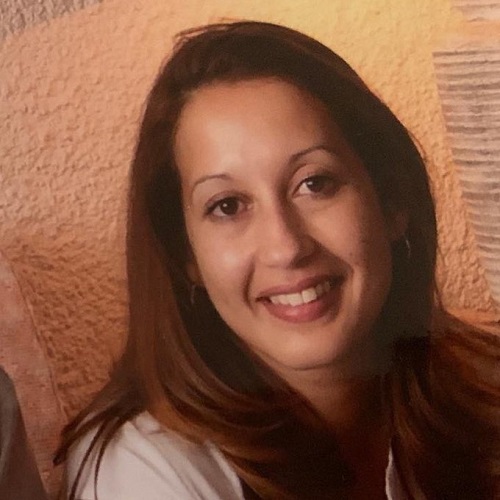 Care to know the journalist who caught the Twitter trend this morning after interviewing Groenewald & the Boy John Steenhuisen without them putting on masks.

The Journalist Lindsay Dentlinger working with enCA asked Hon Nqabayomzi Kwankwa to wear his mask when he came to speak to her, she asked him to put on his mask and many online folks have already tagged her a racist reporter.

According to CAPETALK on Thursday said, that the Political reporter Lindsay Dentlinger was interviewing Freedom Front Plus leader Pieter Groenewald who conducted the interview without a mask.

READ NEXT: See How A South African Business Man Demolished The House He Built For His Girlfriend After She Broke Up With Him (Video)

As the interview finished and Groenewald left the shot, UDM Deputy President Nqabayomzi Kwankwa took his place and began to remove his mask, leading Dentlinger to ask him to keep it on.

Blacks must where mask but not white pic.twitter.com/7ANyZfwXjm

On Thursday morning #eNCA was trending on Twitter, with some accusing the reporter and broadcaster of racism and unconscious bias.

The Economic Freedom Fighter’s Dr Mbuyiseni Ndlozi weighed into the controversy, claiming that far from being ‘unconscious’ bias, the actions were deliberate and racist.

‘it is conscious, deliberate, decided upon & a normal way white people treat and relate to blacks people!”

Many netizens have already been provoked by her actions, a Twitter user with the name Maphanga Maseko has luanched an official compliant about the incident to the South African Human Rights Commission, demanding that Lindsay did what she did because she was trying to portray balck people as the Covid-19 spreaders.

Who is Lindsay Dentlinger, is she a racist reporter?

Lindsay Dentlinger is an eNCA reporter, she lives in Cape Town, Western Cape in South Africa.
She is a broadcast journalist.

Lindsay has worked with several popular media houses in the country.

She started her broadcasting career as an Output Editor Prime Time with eNCA in September 2009 and in April 2015.

In June of 2015, she took up a job with Global Times as a Copy Editor.

She has worked with Cape Argus as a Metro Writer.

Currently she is the Parliamentary Journalist with eNCA a job she started in March 2019.