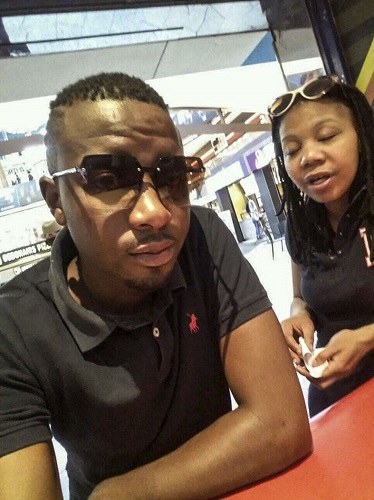 Court has sentence Mpho Thobane the man who killed his girlfriend by dousing her in petrol and setting her ablaze in 2018.

According to reports, Mpho doused his girlfriend Viwe Dlalingozi and set her ablaze, more revealing part of the story has it that she ran down the corridor while engulfed in flames.

The convict, Thobane at first faced a charge of arson, but the state withdrew the charge after failing to link him to the fire.

He reportedly burnt Dlalingozi in her Johannesburg flat after they had an argument on October 25 last year.

Their neighbour, Ngoashe told the court that she heard the couple speaking loudly, but dismissed it as a gathering amongst a small group of friends.

Ngoashe told the court that after a few hours, there was a strange sound and smell, but she did not know where it came from.

“The sound went on for about 10 minutes, it sounded like plastic was burning and it smelled like burning paint, so I jumped out of my bed and felt that the floor was hot.

“I rushed to the door and tried to listen to what was happening. As my ear touched the wall, I felt how hot it was,” Ngoashe said.

She said while she was wondering what was burning, she heard a loud bang from her neighbour.

“Then I opened my door and saw Viwe running. She was on fire and she was screaming that nditshisiwe uMpho (Mpho has set me alight). I saw a huge flame coming from her flat and I followed her as she was running towards the stairs,” she said.