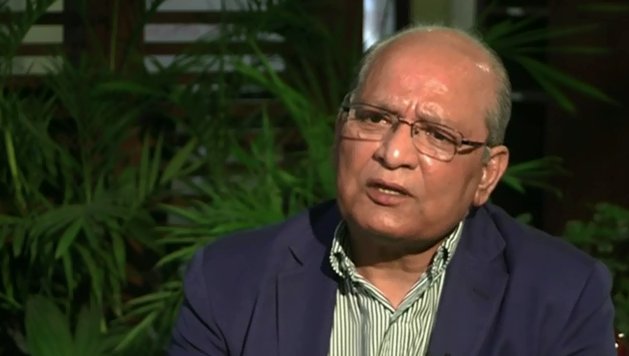 The news of his death was made known through an official Twitter post shared by GEO News Reporter and Daniyal Akram on Wednesday evening.

May Allah rest his soul in peace and give his family enough strength to cope with this huge loss.#MushahidullahKhan pic.twitter.com/fQ3SsUxMJi

He completed his primary education at the Islamic High School in Rawalpindi and graduated from Gordon College in Rawalpindi.

He received his L.L.B. degree from the Urdu University of Law in Karachi in 1997.

In 1990, he joined the Muslim League of Pakistan.

In 2009, Khan was elected to the Pakistani Senate as a candidate for the Pakistan Muslim League.

In 2015, Khan was re-elected as a member of the Pakistani Senate as a candidate of the Pakistan Muslim League.
In January 2015, he joined the cabinet of the then Prime Minister of Pakistan Nawaz Sharif and was appointed Chairman of the Benazir Revenue Support Program as Federal Minister.

However, he did not accept the portfolio. He was later appointed Minister of Climate Change.

In August 2015, he was forced to step down as Minister of Climate Change after he told the BBC that hehir-ul-Islam wanted to overthrow Pakistan’s civilian-military leadership during the 2014 Freedom March.

In 2017, after Shahid Khakan Abbasi was elected Prime Minister of Pakistan, he joined the Abbasi Federal Cabinet and was re-appointed Minister of Climate Change.

On May 31, 2018, after the dissolution of the National Assembly, Khan resigned as Federal Minister for Climate Change.

He has been a member of the Pakistani Senate since March 2018.