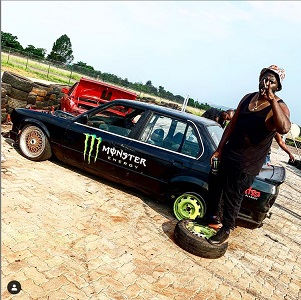 The amapiano disk jockey was said to have escaped the assassination attempt but two of his artists were shot in the solar plexus. Luckily they survived the shooting and are currently receiving treatment at the Union Hospital in Alberton.

According to recording Company official who explained what happened stated that DJ Maphorisa, some artists and his management drove a white Mercedes Benz bus from a gig in Vosloorus to another event in Katlehong on the East Rand at about 10 PM on Monday, when unknown hitmen driving in a silver Audi A4 targeted their bus and rained bullets on it.

The star has not released any statement about the incident but reports says they have opened a case at the Katlehong police station.