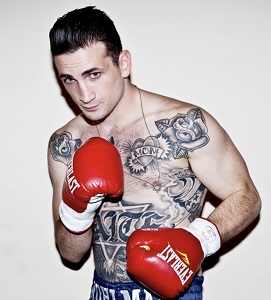 American boxer in the Welterweight division, who was an amateur but later went professional, Zachary Wohlman was popularly known by his stage name as Kid Yamaka has sadly passed away. He died at the age of 32.

According to information confirmed on social media, Kid Yamaka was reported to have died today February 14 2021 but the cause of his death was not disclosed to the public as at the time of filing this report.

Born and raised in Los Angeles, CA. Professional Boxer out of Wildcard Boxing Gym in Hollywood trained by Freddie Roach and Eric Brown.

International Boxing Hall of Famer Freddie Roach confirmed the death news of the superstar boxer via his Twitter handle after the Wild Card Boxing Club tweeted about it.

The Wild Card Boxing Club had tweeted – So deeply saddened with the passing of a very loved member of our Wild Card Boxing family-friend, brother-Zachary “Kid Yamaka” Wohlman. Love and support to the Wohlman family and to all affected. We love you, Zach. You will never be forgotten. Rest In Peace @ZacharyWohlman.

Kid Yamaka started training as a boxer in 2008 as an amateur boxer. He was taken on and coached then by International Boxing Hall of Famer Freddie Roach.

He made his professional boxing debut on December 1, 2011, at a packed Fight Night Club at Club Nokia in downtown Los Angeles, aired on Fox Sports Net, winning by unanimous decision.