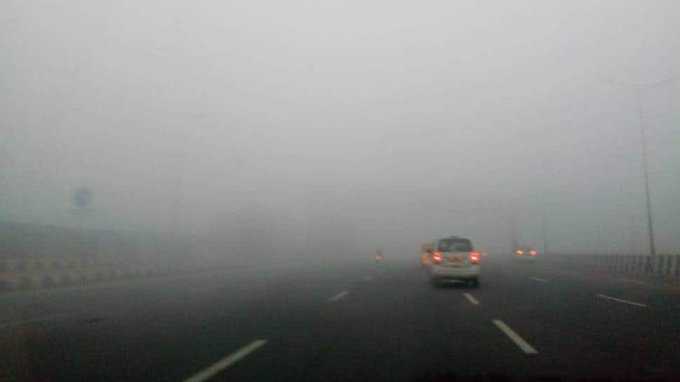 There has been a report of Fog thicking once again in Delhi. In the second week of February, the fog has once again put a brake on the speed of Delhi-NCR in the morning.

On Saturday morning, Delhi went missing in a thick sheet of fog. The speed of trains on the roads has slowed down.

Visibility was reduced to 50 meters. Rail, road and airlines have also been affected.

Rail, road, and airline services have also been affected.

Another reports gathtered lately says at least 12 persons were injured after six vehicles collided with each other at the Yamuna Expressway while, six people died in a horrific accident on Agra-Lucknow Expressway near Kannauj.