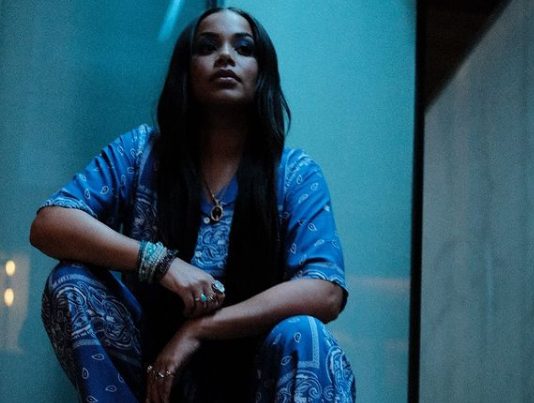 ATL movie star Lauren London is on the hottest social media trend this week after a claim by L.A that she is pregnant went viral, She is looking to celebrate later this week, with an intimate baby shower,” the report said – but fans don’t buy it”

If Lauren London really pregnant the TL going crazy in the morning I promise you.

If TMZ didn’t confirm that Lauren London is pregnant, then I don’t believe it. They would know before her

The actress has always maintained a low profile as it pertained to her personal life, only giving the world a glimpse of her romance with the late Nipsey Hussle before and after his death.

She’s been unproblematic and has used her time in community building as she’s given back to those in need, so it came as a surprise when the Los Sentinel reported that they confirmed the news that London is with the child prior to a formal announcement.

The long-running weekly newspaper has been in operation for over 70 years and boasts headquarters on Crenshaw Blvd. in Los Angeles. Hours ago, the L.A. Sentinel tweeted out a link to their article where they write: “A L.A. Sentinel source confirmed that actress Lauren Nicole London is pregnant. Information is still being gathered, but there is an undeniable sense of warmth surrounding the news.”

“The American actress, model, and television personality has experienced many different levels of grief behind losing her significant other and father to her child, Nipsey Hussle, but being a mother has been an anchor through her waves of sadness,” the outlet continued. “The ATL movie star is looking to celebrate later this week, with an intimate baby shower.”

If it’s one thing we know about Lauren and Nipsey’s family/team, them folks are private and don’t talk to the media about NOTHING related to their family!!

Let that lady grieve and heal in peace.🙄