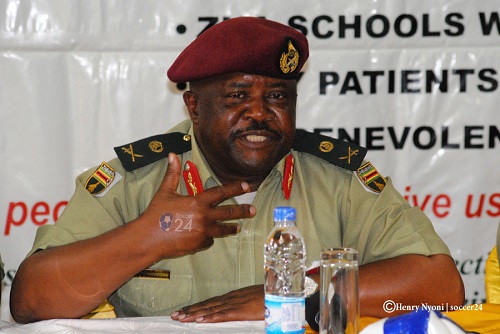 The general who is known for leading a military coup that ousted former President of Zimbabwe Robert Mugabe died at the age of 64, He succumbed to Covid-19, according to George Charamba, the spokesman for the presidency.

While speaking on Twitter, Charambe said: “I’m gutted to learn of the demise of Major General (Rtd) Nyikayaramba, our ambassador to the Republic of Mozambique. We have lost him to Covid-19. Yet another diplomat, commander, war veteran and patriot falls”

Mnangagwa Nyikayaramba resigned as the army’s chief inspector, like three other generals in the first major military coup in February 2019 since taking office in November 2017.

The departure of the quartet coincided with the absence of Chiwenga , who was commander of the Zimbabwe Defense Forces when Mugabe was ousted. Chiwenga, whose alleged ambitions to lead Zanu PF, is believed to have retained most of the current և former high-ranking military officers.

Mnangagwa ousted Major General Anselm Sanyatwe, the man who put deadly pressure on post-election protesters in August 2018. Presidential Guard Commander Sanatve was widely criticized for saying that an investigation into post-election violence was being carried out by his soldiers, who were filmed in the crowd, firing into the air at a 45-degree angle. He is currently Ambassador to Tanzania.