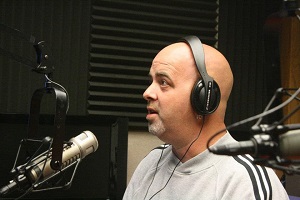 According to the information posted on social media today, Radio Personality, Thom West has sadly passed away. He was reported to have died today February 9 2021. No cause of death has been reported yet as at the time of filing this report.

The Cavo took to their official Facebook to announce the death of Tom West. In what they posted on Facebook, The Cavo revealed that Thom was one of the individuals that helped Champion CAVO in its infancy.

Thom was a driving force in many people’s lives in the music and radio industry.

READ Excerpts: A dear friend/CAVO family member past away and we are saddened by the news!! He was one of the individuals that help champion CAVO in its infancy and we will never forget the loving support you had for us! RIP Thom West and fly high! We will see you again and we’ll play your favourite CAVO song live and in-studio on heavens new morning show!.

Brendan Shanahan has also reacted to the death, Tom West, In a lengthy post he wrote – In less than 24 hrs how do you go from laughing till you are crying with someone to crying because you will never laugh with that someone. Christmas Eve 1995 I was doing the overnight on the River and Thom West was the new guy overnight on the Point. I popped my head in and asked if he wanted to go on the roof and smoke. So we did however when we came back his song was over and there was the dreaded Dead Air. He was freaking out and I said to him relax just crack the Mic and say that was a silent pause for Baby Jesus Birthday. So he did in a very Thom West way and hit the next song then looked at me and said good call. We have been friends ever since. From our love the Chicago Bears to making fun of everything possible. To his songs and poems, he would sing for your Birthday. I am really gonna miss you Thom West.