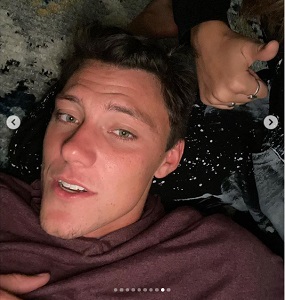 American actress, dancer, singer and model who is best known for her role as the character Jodi Kreyman in the Netflix comedy Tall Girl, Ava Mitchell has lost his brother Devon Cota. According to a report posted online, Mitchell’s brother Devon died today. No cause of death was been reported yet.

Ava took to her official social media account to announce that Devon has passed on. In what she posted on her Instagram page, Ava stated that Devon died yesterday morning.

As posted on her Instagram page – yesterday morning my best friend became an angel. you are the best man I have ever known. thank you for showing me how to live every second of your life to the complete fullest. thank you for being the best big brother a sister could ever ask for. I love you with all of my heart forever. to the moon and back broski.

Devon Cota rose to fame as the son of Dance Moms star and Broadway Dance Academy owner Jeanette Cota and as the sister of Abby Lee Dance alumnus Ava Cota.

Devon was born to the family of Rick and Jeanette Cota. He often appears in photos on his mother’s and sister’s Instagram accounts.