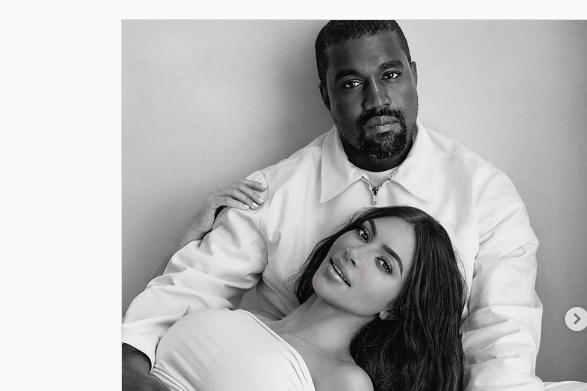 There are several sources that claim that businesswoman Kim Kardashian and rapper Kanye West are in the process of divorce, is it true?

Some recent rumours claim that one of the strongest couples in show business is divorcing, we are talking about Kim Kardashian and Kanye West, the news quickly became a trend on social networks, especially on Twitter.

The couple who got married in 2014 after a relationship of several years of courtship, so far they have four children together, North, Psalm, Chicago and Saint West, was considered by many something perfect not only for being a successful couple businessmen and celebrities but because in their publications we constantly saw them very close, in love and happy next to their young children.

The news was first shared by the entertainment portal Page Six where it is stated that both are already separated, however, they continue to maintain closeness to avoid what has just happened recently, a complete scandal, but that their divorce is apparently imminent.

Another detail according to certain local media is that neither of them has worn their wedding ring, in addition to the fact that at Christmas each one spent the holidays in different places.

According to the portal, Kim Kardashian herself hired the services of the lawyer of the stars, Laura Wasser, to carry out her divorce with Kanye West who apparently until recently was the love of her life.

According to the information that has been shared in various media in addition to the aforementioned, the problems between the couple may have started from the moment he decided to run for president of the United States, you may remember a statement that he confessed where his wife and wife were involved. his eldest daughter North, this too became a scandal.

Something that has also been mentioned a lot is that the businesswoman and socialite from the United States is studying Law, so she wants to concentrate one hundred percent on her studies, which for some is something illogical because for years Kim Kardashian has had multiple activities and has succeeded with all of them, in addition to her little children who she does not stop attending at any time.

“But like Kim Kardashian and Kanye West are splitting up and there is no KUWTK to see the epic moment when Kim filed for divorce from Kanye !! How am I supposed to live ??! “They wrote on Twitter.

There are people who appreciate the new “gossip” that started this year, others take a bit of a joke about everything that is happening with the West Kardashian marriage because it is believed that everything is part of marketing, according to certain Comments on Twitter has been Kim Kardashian herself who has asked for a divorce from Kanye West.

Still others claim that the rapper himself got tired of the life of his wife’s family because they appeared in constant reality shows, however thanks in part to them he also managed to become better known in the United States, because the program had a large audience and not only in his country but in other parts of the world where it was shared.

So far neither of them has made any comment, perhaps they are waiting for the most prudent moment to do so, because nothing has been officially confirmed either, although the rumors are so strong that it seems that everything is true.