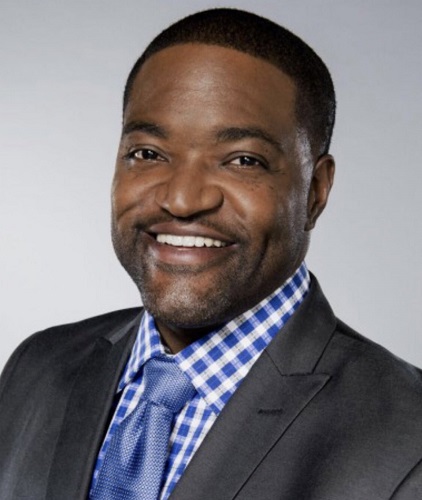 NBA TV mourns the sudden passing of a profound reporter and a featured speaker at the 2018 Sports Business Classroom, Sekou Smith.

Sekou Smith died Today after Stephen reveals on First Take that he was suffering from covid & he is hearing that “he’s not doing so well”. Obviously, first I have heard of it. Have had Sekou on a few times to chat NBA on WFAN. Hopefully, he was a full recovery. 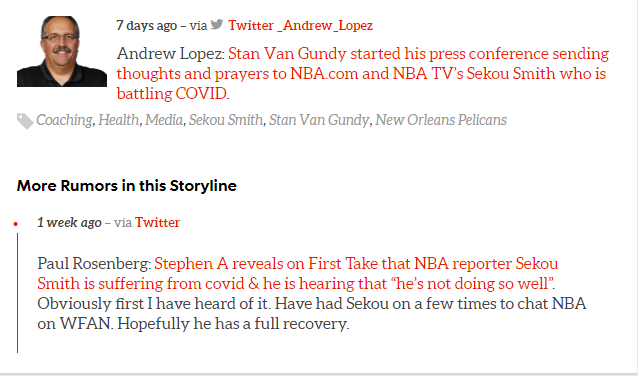 🚨 Sekou Smith, a NBA Reporter, Writer, and widely known as a #NBATV Great has passed away due to #COVID19 (according to multiple reports). Sending our thoughts & prayers to all of his love ones and The @NBATV family in this shocking and unpredictable tough time 🚨🙏🏾. #Greatness pic.twitter.com/mcYiG7Rugk

Heavy heart today..We lost a good brother to Covid.
Sekou Smith of @NBATV and https://t.co/dyMHCgGy2q was a brilliant and insightful writer,a positive dude.
He’s gone home to be with the Lord. 🙏🏽
Philippians 4:4 pic.twitter.com/Yw5xvwZ51g

He has been a featured speaker at the 2018 Sports Business Classroom, Smith was a part of an all-star lineup of sports business executives that are teachers and presenters.

Sekou Smith is an award-winning writer, reporter and multimedia specialist who has spent two decades covering basketball around the globe, from the grassroots level to college to the NBA as well as Olympic and World Cup competitions.

Smith has worked as a Senior Analyst for NBA Digital (NBA TV and NBA.com) since 2009, serving as both an analyst and reporter on NBA TV’s Game Time and as an analyst on NBA TV’s The Beat with Vince Cellini and Naismith Memorial Hall of Famer David Aldridge.

Before joining Turner Sports and NBA Digital, Smith spent more than a decade as a national NBA writer and beat writer for the Indianapolis Star and Atlanta Journal-Constitution.

Prior to his time covering the NBA, Smith spent six years covering college football, basketball and baseball for the Jackson (Miss.) Clarion-Ledger, focusing on the Southeastern Conference.

He was a longtime member of the Pro Basketball Writers Association, Smith and his wife Heather and their children reside in Marietta, Georgia.