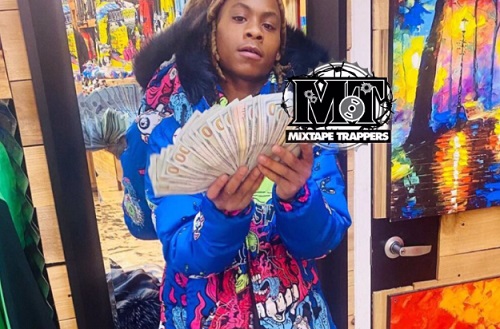 Young talented Memphis rapper Jonathan Brown also known as Babyceo has sadly passed away at the age of 20.

Reports gathered said The young rapper died of a drug overdose on Wednesday.

He was signed to Savage Squad Records.

His real name is Jonathan Brown and he is from Memphis, TN. He has a sister named Desundra who went to jail for aggravated burglary, robbery, and kidnapping charges.

Baby CEO rose to fame in 2015 after releasing his hit song Fck DA OPPZ. The song got millions of streams on music streaming websites.

December last year he released the official music video of his song “Can’t-Wait” and he recently announced that he is currently working on a new project.

Back in 2017, 14-year-old rapper Jonathan Brown whose obscene videos of him rapping about guns and drugs was found before a juvenile court in Memphis.

Jonathan went before a Memphis Juvenile Court judge for breach of probation.

Jonathan was a Rap artist who gained attention online for songs about guns and drugs, even though he was barely a teenager at the time.

Before Fame, He first made headlines on Instagram when he was 13 after posting pictures of himself with drugs and guns.

Following his hearing, the teen rapper was detained and apparently reportedly stayed in Juvenile until his next hearing in late August of that year.