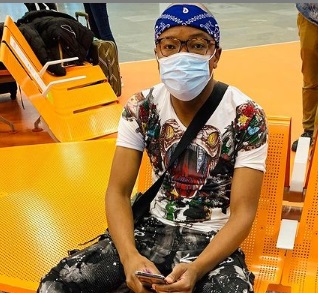 Super talented South African disk jockey, Master KG who is currently touring around the world has shared yet another achievement from his hit song “Jerusalema”.

The music producer took to his official social account to share the news that his song Jerusalema which took the world by storm last year has reached double platinum in Spain.

Announcing this in a series of tweets Master KG wrote – “Jerusalema is now Platinum in Spain.”

Meanwhile, KG is out of the country, as he arrived in Nigeria some days ago, and presently in Spain.

The Jerusalema song was recognized worldwide by Top celebrities as many of them joined the Dance challenge.