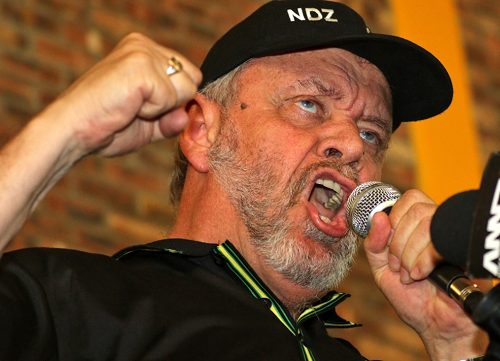 Carl Niehaus to face disciplinary action following his suspension from his ANC job after he attacked a party leader.

In the wake of Tuesday morning, The Military Veterans’ Association spokesperson Carl Niehaus was informed by a letter that he received revealing that he will be suspended on full pay.

Carl who is receiving his recovery from Covid-19 was reported to have attacked an ANC deputy secretary-general Jessie Duarte.

NOTICE OF INTENTION TO SUSPEND YOU PENDING DISCIPLINARY ACTION

You have been employed in the Cener.rs Office since Much 2019, to give direct support to the work of the secretary general.

You have been advised, on more than one occasion, that your public statements and social media posts, are unbecoming of someone working in this high office, which has the primary responsibility of driving and coordinating the work of .11 structures of the ANC. You also received a written warning to this effect, on 12 October 2019.

The latest statement titled “Persona/ Statement by Carl Nj”ous about his ongoing Recovery from Covid-19 Pneumonia” dated Thursday January 2021 (attached), crosses all boundaries expected from an ANC employee, and particularly someone Of your seniority. In particular, the personal attack on the ANC Secretary General in this statement is a serious violation Of the ANC Personnel Policy Manual.

ANC staff members are expected to abide by the discipline of the organization, and personal attacks a member of staff on elected leadership — without even attempting to address the matter internally — is unprofessional, is not tolerated end is in violation of the Manual- you are therefore requested to cause within 4S hours Of receipt Of this letter (which is transmitted to you electronically) why you should not be suspended on full pay, pending the institution of disciplinary action “against you for misconduct. respond in writing to on email address – We regret that you have also been battling with 19 and wish you speed/ Employees have the right not to communicate the” medical conditions, but its rather unfortunate that the first we hear about it is in a media statement.

We wish vou a continued speedy recovery, and do let me know if we can be of any assistance.

Yours in the Struggle