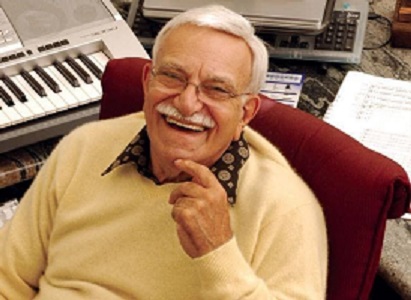 American composer and arranger popularly known for his arrangements for the count basie orchestra, Sammy Nestico has passed on. He was reported to have died today January 17 2021 at the age of 96 according to a statement released via his social media platforms.

The news of his death was confirmed in a social media post made through his Facebook page.

The Post Read: Dear Friends of Sammy, This morning at 8:00 am, our Dearest Shadow Man walked towards the sun and left his SHADOW behind. Shirley has a request for All: “Please honor him through his music by keeping his music alive. ” Heaven is going to swing now!

Sammy Nestico is acclaimed as one of the greatest contributors to the field of music; classical, jazz and big band; as a composer, orchestrator, writer, arranger, and last but not least, educator. His career spans over seventy-years and he continues to work, at an age when most people have long since retired.

The National Association for Music Education (NAfME) and the Jazz Education Network mourns the passing of the legendary Sammy Nestico who died on January 17, 2021 at the age of 96.

Sammy was one of the most prolific composers and arrangers of our time, setting the standard for three generations of jazz students and musicians. A beloved educator, popular clinician, and in-demand guest conductor, Sammy generously mentored and influenced many.
Always swinging, inventive, and joyful, Sammy has given the world a rich, inspired catalog of work we will continue to enjoy. His music can only be matched by the smile we will always remember.

Sammy’s influence on the jazz world will remain profound. The Jazz Education Network (JEN) and the National Association for Music Education (NAfME) together extend our sincerest condolences to his family, friends, and everyone whose lives he touched.