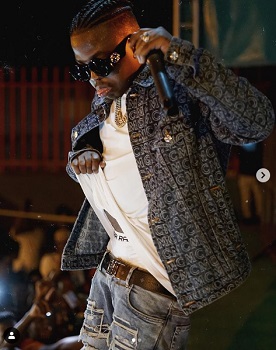 South African rapper, Focalistic has affirmed that he is a versatile musician after much argument from fans on his stand-in music.

The Ke Star crooner made his way into the South African entertainment industry as a hip-hop artist but when their much surge in the amapiano genre he switched and has been doing pretty well on that. Now Focalistic has claimed he sings Amapiano.

last year 2020, Focalistic was crowned number one on the SA MTV Base Hottest MCs list but many South Africans argued on the list and claimed the list was thrash.

A curious fan requested to hear from him by asking, “Is Focalistic a hip-hop artist or yonke insipho iyawasha?”

Replying back to the fan, Focalistic responded and said he is a “versatile musician”, which most of his followers affirmed.

I am a versatile musician. https://t.co/N8Rbs2BQ38