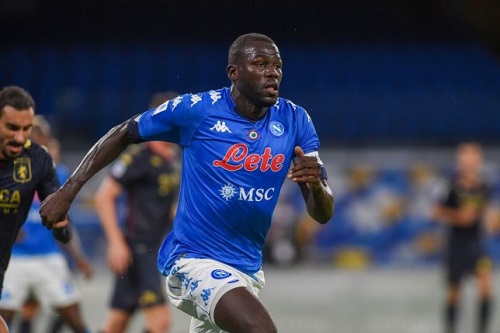 The winter transfer market officially opened in early January. Various rumours of the transfer of players began to dominate the news.

The winter transfer market, which lasted only 30 days, is considered less attractive than the summer transfer market. This is because there was less movement of star category players during this period.

However, a number of clubs still consider the winter transfer market important. Especially for a team whose performance has not been consistent in the first half of the competition.

Not a few shifts of surprising stars in the winter transfer market. Some of them are Philippe Coutinho, Erling Haaland to Bruno Fernandes.

Coutinho was brought by Barcelona from Liverpool in the winter of 2018. The Blaugrana were even willing to spend up to 145 million euros.

Meanwhile, Haaland and Fernandes were the prima donna in the last edition of the winter transfer market. Borussia Dortmund and Manchester United are the lucky clubs that have managed to get both.

The transfer of a number of star players also has the potential to occur in the transfer market this winter. Here are five of them:

The name Kalidou Koulibaly has always been associated with a number of big clubs in every transfer market in the last few editions. The same is true this winter.

Koulibaly has been linked with a move to the Premier League. Liverpool and Manchester City are two clubs that reportedly intend to use his services.

Memphis Depay is also one of the prima donna in the winter transfer market. His contract with Olympique Lyon remaining six months is one of the main reasons.

Lyon does have to sell their star now if they want to make a profit. Letting it last until the 2020-2021 season ends will cost Les Gones a free Depay.

Barcelona is at the forefront of Depay’s hunt. But big clubs like Juventus, AC Milan, to Paris Saint-Germain (PSG) can overtake them.

Papu Gomez’s togetherness with Atalanta seems to be coming to an end. This cannot be separated from the conflict between the player and his coach, Gian Piero Gasperini.

Papu Gomez has been exiled from the Atalanta squad since mid-December. The player has also submitted a transfer request to La Dea’s management.

Papu Gomez is one of the key players who brought Atalanta to be feared in the last three seasons. He certainly will have no trouble finding a new club who wants to use his services.

Inter Milan and AC Milan are reportedly two clubs that are serious about getting Papu Gomez. Namuan Atalanta seems to prefer to let the player go to a club outside Italy.

Dele Alli has lost his status as a Tottenham Hotspur core player since the start of this season. He did not seem to fit the scheme of play that was applied by Jose Mourinho.

Alli must leave this winter to save his place in the England squad for the upcoming European Cup. He needed minutes to play to win back Gareth Southgate’s heart.

The appointment of Mauricio Pochettino as the new coach of Paris Saint-Germain led to Alli’s name being associated with the French giants. But he also has the opportunity to move to another Premier League club on loan.

Having the same fate as Dele Alli, Isco has the opportunity to leave Real Madrid in the transfer market this winter. The coach, Zinedine Zidane, did not need his contribution.

Isco has only started three times in LaLiga this season. Even though he was not injured.

Isco’s relationship is reportedly deteriorating with Zidane. This makes Arsenal, who need a new playmaker, interested in signing him even on loan.