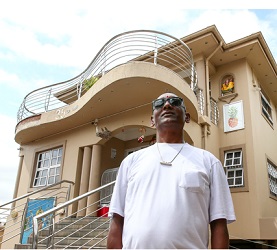 According to sources, Pillay was shot twice in the head and was rushed to Chatsmed hospital in Chatsworth where he was pronounced dead minutes later.

“It is alleged that at about 2 pm, the owner of the property, known as Teddy Mafia, had informed his daughter that he was expecting visitors. Upon the arrival of the suspects at their home, the daughter proceeded to the back of their property were she heard gunshots. The daughter then established that her father had been shot,” said Naicker.

Police did not seize any firearms at the scene nor arrested anyone. 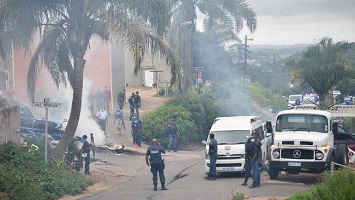 Following the shooting that led to the death of Yaganathan Pillay or Teddy Mafia, The police have stated that they are now monitoring the area to ensure that calm return to the area.

“We are going to be monitoring the area very closely to see if any problems arise. For now, nothing has happened.”

According to reports, Teddy’s son had gone to the bank to transfer money into his father’s business account.

He had been running a trucking business for many years. The money he had gone to transfer was for fuel for his trucks.

“He then visited a friend in the area near where Claudene Rampersad was also shot. On his way home, while getting into his vehicle, a woman who had not seen him in a long time shouted a greeting to him. While he conversed with the woman, another vehicle with unknown men opened fire on him as they drove by.”

Few Things You Need To Know About Teddy Mafia