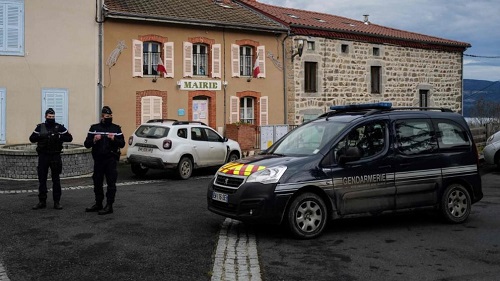 In France, a man shot three police officers (21, 37, 45) and seriously injured a fourth. The perpetrator initially managed to escape. Meanwhile, his body has been found.

As the news agency AFP reported, the gendarmes were in a rural area near the municipality of Saint-Just in the Puy-de-Dôme department (140 kilometres west of Lyon).

According to the broadcaster BFMTV, they were called to a remote hamlet because of domestic violence and wanted to come to a woman’s aid on Wednesday night.

A shooter is reportedly a 48-year-old man. He fired at the two police officers who arrived first – killed one, hit the other in the leg.

Then the perpetrator set fire to his house and shot other officers who arrived at the scene and wanted to save his wife, who had fled to the roof.

Big effort! Elite police officers moved out and searched for the suspect at full speed.

At 8:42 am, Interior Minister Gérald Darmanin announced on Twitter: “The mad man was found dead.”

The offender’s wife was safe, said the prosecutor in Clermont-Ferrand. The injured policeman was taken to a hospital.

The attacker had already become conspicuous in the past because of a custody dispute over a child, it said.