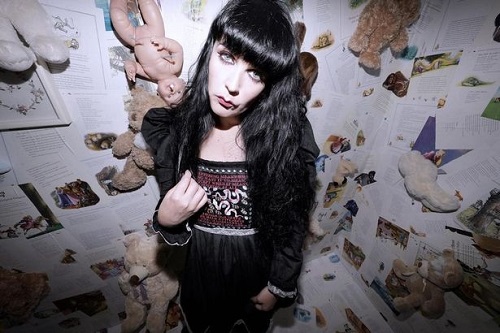 The famous British singer Brocarde claims that she became almost physically ill “after a fan said that she looked like a sex doll replica made that looks just like her and she finds it disturbing.

In a recent exclusive post, she said that she “a lot of bondage requests” on social media, but says that the follower who created the copy of her dolls, supplementing it with her signature makeup and haircut, has taken her feelings too far. physically ill. ”

Her fan claims that he has sex with the doll, he even dressed the sex toy in black, open clothes bought from Brocarde fashion line.

The 37-year-old singer said: “This one guy told me he’d made a Brocarde sex doll that has my hair and watching eyeliner

“He told me he had bought one of the dressers I designed for it to wear. That was terrifying. I was so shocked and disturbed to see the doll picture, it made me feel physically sick.

“It felt really violating, and the ramifications of it – like someone pretending to have sex with me – were really upsetting.

“He said: ‘I love f***ing my Brocarde doll’ and then sent those photos.

“He got immediately blocked, it’s the only answer, there’s no way I’d entertain a conversation with a man like that.”

She adds that she “hates creepy messages” but she was especially shocked by someone creating a sex doll that looks like her.

Brocarde said: “Nobody needs to see a homemade sex doll of themselves.

The singer believes her career is “killing” her love life because men cannot separate her from the artist.
She added: “This one guy had a list of special requests, the first being that he wanted to kidnap and tie me up.

“I didn’t stick around to what else was on his list.

“I always get guys begging me to write songs about them, it’s almost like an ego boost to them and it’s semi-disturbing.

“It’s like I’m stuck in some twisted plot where people want life to imitate art and vice versa.”

“Men will often try to dress me up like a doll by suggesting what I should wear and how I should behave, they aren’t the type of men I’d ever date but there’s certainly a lot of them asking.

“I get a lot of bondage and extreme requests.

“I’ve also had men asking for a lock of my hair as a keepsake and wanting me to record personal messages for them so they can hear my voice.”

Another odd request came from a man saying he wanted to “kidnap” her.