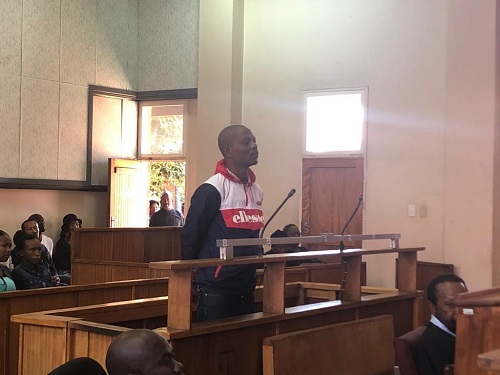 Dumisani Mkhwanazi has been found guilty by the Johannesburg High court of the murder of UJ student Palesa Modiba. He was found guilty on all 5 charges against him including defeating the ends of justice, murder and robbery. #SABCNews

He was convicted of killing Modiba and burying her body in the backyard of his Soweto home after stealing her cell phone.

Madiba went missing in 2013 after going to a friend’s house after sleeping.

The body of a 21-year-old man was found two years later, behind the back of his family home.

She was a final year accounting student.