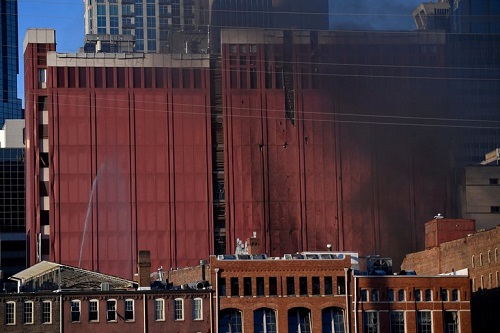 As reported by The Associated Press, it is not yet clear if the finding is connected to the fact that three people were confirmed as injured.

The Nashville Police, capital of the southern state of Tennessee, is investigating an explosion that shook the centre of the city early in the morning of this Friday, Christmas Day, and pointed out that it may be an “intentional act.”

“This appears to be an intentional act. Security forces are closing the streets while the investigation continues, ”the Nashville Police Department said on its Twitter account.

In fact, hours later, the local police chief, John Drake, revealed that the vehicle that exploded broadcast during the previous minutes a warning at full volume about the imminent explosion: “it was a recording that said that a bomb would explode in the next 15 minutes, ‘ ”he said.

The police officer explained that precautions are being taken to search the affected area, but there are no indications that there is any other explosive device. However, the damage caused by the detonation was such that during the afternoon the flights scheduled to leave the city were suspended due to communication problems caused by it.

In the afternoon, The Associated Press reported that authorities found human remains near the scene of the blast. It is not clear if they are linked to the event or if they could correspond to the perpetrator or a new victim. 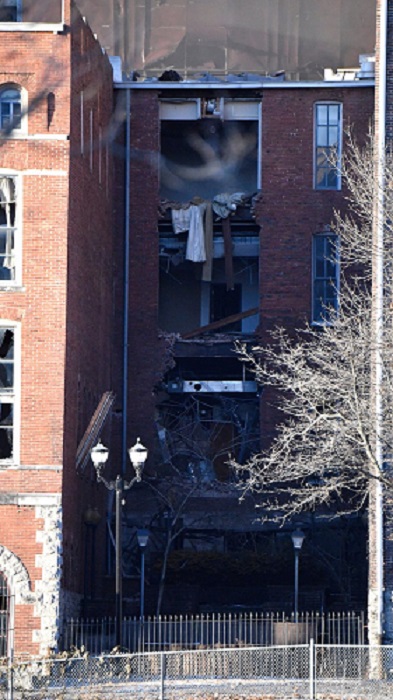 The explosion occurred around 6.30 AM local time (12.30 GMT). Three people were injured and transported to nearby hospitals, but none are in critical condition, Police spokesman Don Aaron said at a press conference.

The emergency office told the Nashville chain WKRN that the parked vehicle exploded and damaged several buildings. Buck McCoy, who lives in the area, posted videos on Facebook showing water pouring from the roof of his home. Alarms and screams are heard in the background. Also, a fire could be seen on the street outside. McCoy said the windows in his home were smashed.

“All my windows, every one of them, were smashed. If I had been standing there it would have been horrible, ”McCoy said. “It felt like a bomb. It was that big. ”

“There were about four cars on fire. I don’t know if it was so hot that it just caught fire. And the trees were destroyed, ”he added.

President Donald Trump received a report this morning about what happened in Nashville. The U.S. Department of Justice said Acting Attorney General Jeff Rosen was also briefed and ordered that all department resources be available to assist with the investigation.

“President Trump has been informed of the explosion in Nashville, Tennessee, and will continue to receive regular updates. The President is grateful for the incredible emergency services response and is praying for those who were injured, “said one of the White House spokesmen, Judd Deere, in a brief statement.