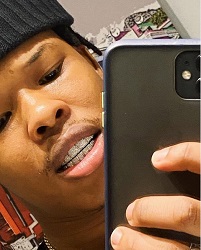 South African rapper, Nasty C has revealed to his fans what he wants them to take of about him when he leaves the mother earth.

The rapper who has had much success this year 2020 from releasing his album and getting an international label signing took to his official Instagram page to drop a bombshell note to his fans.

In the post, Nasty stated that he wants people to make sure they take care of his legacy when he dies to avoid him dying twice.

Nasty C captioned: “When I die, take care of my legacy. Don’t let me die twice.”

In the other news, Nasty C will make his first acting debut on the Netflix original SA series Blood & Water.

In May, Nasty C opened up about venturing into the world of acting, telling the TshisaPOD he didn’t find it hard to embody the character.