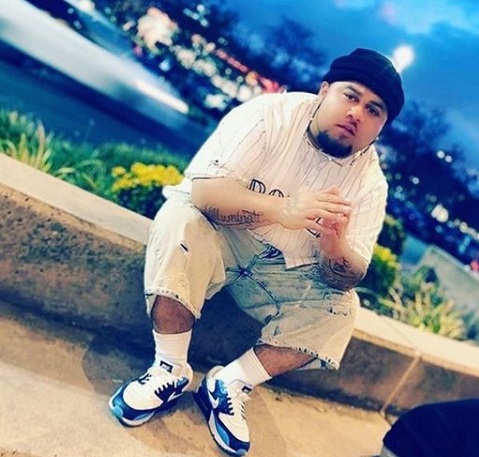 Information reaching our news desk has it that Popular San Jose rapper, Cutty Banks has passed away. He was reported to have died today December 19 2020.

My family is hurting right now, and I didn’t even know cause I took a social media break today and now…. prayers up for my cousins. RIP Cuz #CuttyBanks @CuttyBanks408 pic.twitter.com/5bvjcRdsmZ

Reports from San Jose police department states that rapper, Cutty Banks was shot and killed Saturday morning across the street from a shopping centre in San Mateo.

According to police, the shooting occurred at 9:30 a.m. in the Wells Fargo parking lot on West Hillsdale Boulevard and Edison Street, a bustling retail area near Hillsdale Shopping Center.

Police arrived within 60 seconds but the victim was pronounced dead at the scene within minutes. San Mateo police spokesman Michael Haobsh said.

The police described the shooting as a Targeted killing and no arrest has been made yet in connection with the murder.

READ: The San Mateo Police Department is actively investigating a homicide that occurred on Saturday, December 19, 2020, at around 9:25 a.m. in the parking lot of Wells Fargo Bank located at 81 W Hillsdale

San Mateo police officers were dispatched to the parking lot of Wells Fargo at 9:25 a.m. on a report of a shooting. Officers arrived on the scene within 60 seconds and located an unresponsive adult male who was pronounced deceased on scene. According to witnesses, a male suspect shot toward the adult male victim at least five times before fleeing on foot.

Detectives have learned this was a targeted and isolated incident not involving the bank. We have launched an intensive investigation to bring all responsible parties to justice.

Few Things You Need To Know About Cutty Banks

A post shared by Cutty Banks The Gangsta (@cutty_banks)

It was known that Cutty Banks created the most listened songs. He would collaborate with other artists, work with them on music. Cutty Banks often used social media to inform his fans about his latest music or work.

After gaining good fan followership for his music, Cutty decided to start another business.

Recently he went into fashion business as his social media shows some clothes from his clothing company. Straight blue shirts, Cutty made people look at his business.

A post shared by Cutty Banks The Gangsta (@cutty_banks)