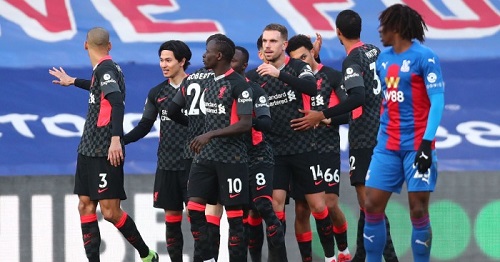 Liverpool brought a landslide victory from Crystal Palace headquarters with a score of 7-0 in Week 14 of the Premier League, Saturday (19/12). Roberto Firmino and Mohamed Salah became stars by scoring two goals each.

Liverpool only needed three minutes to open up the advantage in this match. Takumi Minamino did not waste Sadio Mane’s pass, who converted it into a goal.

Liverpool had difficulty controlling the game. The Reds are often under pressure from Palace, who rely on the speed of players on their two wings.

The next chance came on 32 minutes through Jeffrey Schlupp’s header. Unfortunately, the ball led to Alisson Becker’s catch.

In a depressed state, Liverpool was able to add a second goal on 36 minutes through Mane. Starting from a chaotic situation, the ball reached the feet of the Senegalese player who immediately defeated Vicente Guaita.

Conceding two goals allowed Crystal Palace to try to close the gap at least before the break. However, they even had to concede a third time. Through a counter-attack scheme, Liverpool added a goal in the 44th minute thanks to Roberto Firmino.

Winning three goals did not make Liverpool slack off in the second half. They managed to add a fourth goal through the foot of the captain, Jordan Henderson in 52 minutes.

Salah also listed his name on the scoreboard in the 81st minute. The Egyptian player successfully headed the ball from Joel Matip’s header. Salah closed the Liverpool goal party in the 85th minute with a curling shot that beat Guaita.

Liverpool won by a landslide score of 7-0 to secure their position at the top of the Premier League standings.